by Sam Whittaker | About the Author

New? Start here. | This post contains affiliate links. That means that we receive a commission for purchases made on them (more info). | This is a sponsored post (what is this?)
Share
Tweet
Pin
Choosing the right projector for your home theater can be a daunting task (especially considering the price of projectors) so naturally... It's a purchase you should definitely do some research on before you buy.

And that's exactly why we we're so excited to show you the new LG CineBeam HU80K 4K Laser Smart Home Projector (Yeah, there are a lot of words there. Don't worry we'll break it down for you.)

It's sleek, sexy, and emits super smooth 4k video on any surface you choose.

What, Exactly Is the LG CineBeam HU80K?

Standing at 18" high, 6.5" corner to corner, and weighing 14.8 pounds, the HU80K is a conveniently sized and completely transportable projector that fires off Ultra HD and HDR 4k images on any surface.

Want to set it on your bedside table and watch beautiful nature documentaries to fall asleep? You can do that. Or you could point it at your pesky neighbor's house and watch Netflix on his wall (although we don't recommend doing that). You can do that too (at least do it on his garage and invite him outside for a beer).

And it's a real winner (actually)...  the HU80K won the Best of Innovation Award at CES 2018, editor's Choice at Projector Central, and the 2018 Red Dot Award for Best of Best. Plus... It's actually affordable for a 4K projector.

Why You Should Buy the LG CineBeam HU80K

We're not speaking lightly when we say that the HU80K offers you the best bang for your buck when shopping for your new 4K projector in 2018.

Take a look at these 5 reasons why you're gonna want the LG CineBeam HU80K:

Let's be honest... Picture quality is what it's all about when it comes to projectors, televisions, and monitors. Everybody wants the clearest picture possible and the HU80K doesn't skimp out on pixels (there's 8.3 million of them to be exact!)

With a 4K UHD 3840 x 2160 native resolution, you can comfortably watch ridiculously detailed projections at 3 different distances (the screen size is relative to the distance.) You'll get:

And no matter the distance, the industry-standard HDR 10 compatibility will ensure your colors, contrast, brightness, and saturation completely eclipse that of other ordinary projectors.

And of course, the HU80K has plenty of aspect ratios to ensure your movies and shows aren't cut off at the edges. Choose between 16:9, Original, 4:3, Vertical Zoom, and All-Direction Zoom to find the perfect aspect ratio for whatever you're watching.

2. The Sleek and Functional Design

Seriously, this thing looks unlike every other projector on the market. Why wouldn't you want to show it off?

But as with any product... does the design translate to functionality? In the HU80K's case... Yes, it most certainly does.

With an auto reel cord and hand grip, you can take the HU80K wherever there's an outlet. Plus, with the Auto Keystone function your projected images are automatically aligned and corrected of distortions in just seconds. It also has 2 USB ports (one 2.0, one 3.0), 2 HDMI ports, an RJ45 ethernet connection, and digital TV tuner capability.

And if you choose to be mobile with this projector and don't have a speaker handy, the HU80K has built-in 7W + 7W stereo speakers that many not pack much of a punch... but they certainly get the job done. Also included is a 3.5mm audio output (perfect for headphones) and an S/PDIF 1 output for surround sound (so really... who needs the built-in speakers?)

Pro Tip: Check out this video that shows the LG CineBeam Laser 4K in action:

LG CineBeam Laser 4K | Most Transformative 4-in-1 4K Laser Projector – Features you should know | LG
Watch this video on YouTube.

The HU80K also has wireless functionality (you have to plug it in of course) and connects to any of your devices with wireless content sharing, DTV tuning, DLNA, screen sharing, and full Bluetooth capabilities.

But if you want all of your shows in one place instead of having to connect your phone every time you want to watch something... LG's Smart TV streaming platform comes standard with all HU80K devices. Stream your favorite movies and shows from Netflix, Hulu, YouTube, and nearly every other popular content provider using the Smart TV Platform. Navigate it with the included Magic Remote (just be careful not to misplace it!)

4. The Lifetime, Brightness, and Lasers

The HU80K's detailed picture quality doesn't come from any magical incantations or runes... It comes from lasers!

How does it work? The simple answer is that blue lasers are focused onto a spinning phosphor wheel that creates yellow light. When the blue and yellow lights combine, white light is created and shot through a Dichroic Filter which splits the light into red, green, and blue colors. The image processing chip then determines which colors are needed on which pixel to create an exceptionally wide range of deep colors.

That entire process creates a perceived projection brightness of up to 2,500 lumens which gives you crisp and clear images in some of the brightest viewing environments. For reference, your typical flashlight ranges from 10-50 lumens, with higher-end torches shining anywhere from 200-900 lumens. Lesser-end projectors max out at 1,000 lumens.

So really... if you don't feel like turning on a light in the middle of the night to go to the bathroom, just turn on the HU80K! (It turns on in 10 seconds and off in 2.)

In all seriousness, the lifetime of the HU80K's Laser Lamp is 20,000 hours... But how does that translate into usage?

If you use the projector for:

...And you never have to change a bulb.

Now let's be honest... On average, most people spend 8 hours a day at work. Couple that with other responsibilities and the HU80K may not get as much usage as it deserves... But it'll last you an exceptionally long time.

And that brings us to our next point...

As far as 4K projectors go, the HU80K is reasonably priced for what it is and how it looks. Other 4K projectors can cost upwards of $5,000 USD, and some of them don't even have as nearly as many features as the HU80K.

For all the bells and whistles that come with the HU80K, you'll only pay $2,999 USD, which is a steal for what you get with it.

At the time of this writing, LG has a promotion for the HU80K where you can save $300 off the sticker price, bringing the cost down to $2,699 USD.

With all the cool features and quality, the slim LG CineBeam HU80K is well worth the $2,999 price tag. And the drawbacks are minor enough that the average buyer won't be let down by it, especially with the long-lasting lifetime.

Check It Out @ lg.com

Love quotes for her you will find here can help put your feelings into words. Conversation starters, puns, trivia, and questions to ask on a first date, I've written them all. Over one hundred of my articles are published, and many are featured. Now, I've compiled the... 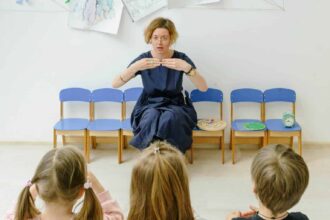 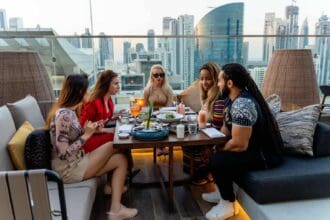 42 Funny Questions To Ask Friends – Have A Really Interesting Time

Get nostalgic! Test your 90s trivia knowledge by proving you're a Trekkie with these Star Trek Trivia. It's "highly illogical" if you don't try these trivia questions and satisfy your fondness for quizzical pursuits. As a Trekkie myself, I know it's had a massive... 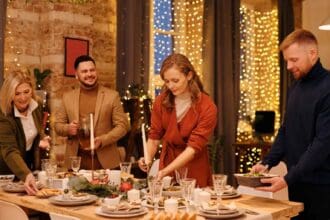 18 Holiday Trivia - Good Things To Know About Your Favorite Seasons

If there's one thing we love at Mantelligence, it's holiday trivia. Yep, we love holidays, and we love making them unique and fun. So, we've rounded up the best trivia questions to help you challenge your guests, as well as improve your holiday knowledge. Hint: you... 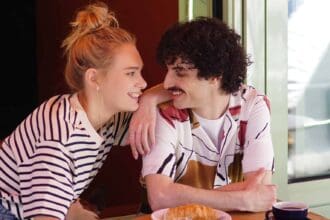 We'll give you the best Pokemon pick up lines in this post. Like the other anime pick up lines I've written about, these can transport you back to those lazy Saturday mornings. In all seriousness, though, these pick up lines have the potential to make a difference in...

There is a numerous list of qualities of a good leader. Leadership is a vital skill sought after in a person, especially in an organization or a company. A good leader possesses certain characteristics that can take a group to great heights. My articles on Outwit...

Do you know any Latin expressions about death? Latin is a complex but meaningful language. I've covered several Latin quotes here on Mantelligence, so I know a decent amount of Latin - enough to construct this list. Without further ado, let's jump right into this list...

There are many types of attraction, and understanding what draws you to someone is important. As a dating and lifestyle expert, I've been featured so many times and have successfully written about how to attract women. Now, I want to share my knowledge of what causes...

If you want to know how to divorce a narcissist, this post is for you. I know all about the telltale signs you're in a toxic relationship because of the many posts I've written on our site here. How to break up with someone is on our site too, so I'm here to teach you...

Have you ever asked, "Why do I miss my ex?" This post will help you navigate the process of breakup and longing for a past relationship that was never meant to last. It all started with deep personal questions and scrambled your brains to think of interesting things...