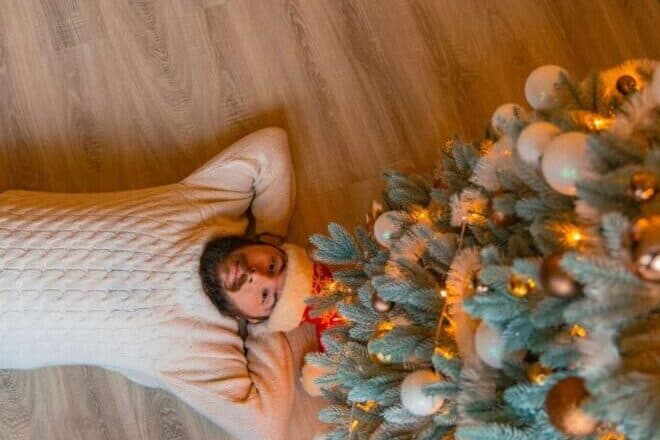 If you're down for some Home Alone trivia questions because you've watched it only about 7,542 times, this is for you.

We've seen this film well over a million times, so you're sure that these questions are the best.

Do you love and know a lot about Home Alone? This quiz will show you how much you really know:

Watching the classic film Home Alone, directed by Director Chris Columbus, has become a holiday classic and tradition. But these days, any person can find Home Alone on at any time of the year. So, whenever you get sick of watching, play a game of Home Alone trivia instead.

Here are 4 of the best Home Alone questions:

1. Since the original "Home Alone," how many sequels have there been?

The first Home Alone is where Kevin is left entirely "home alone" in the McCallister house, followed by Home Alone 2: Lost in New York, Home Alone 3 and 4 without Macaulay Culkin, and the final film, Home Alone 5: The Holiday Heist that came out in 2012.

The first two films are the OGs, with the other 3 falling behind because of the loss of the original family and wet bandit, and, of course, KEVIN!!! 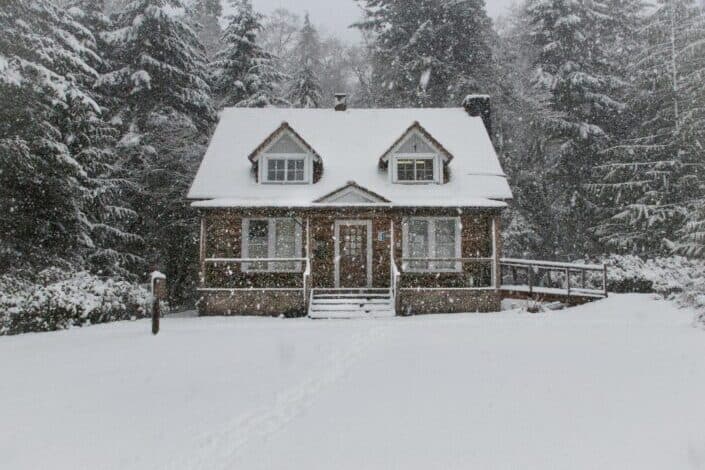 2. Kevin watches when he figures out he's home alone?

Even though this is a fictional film within a real movie, a gangster movie called "Angels With Dirty Faces" came out in the 1930s. But, what's even more interesting about the title, is the film's sequel. "Angels With Even Filthier Souls" made its fake debut in Home Alone 2. Kevin even used this film to answer the pizza boy. 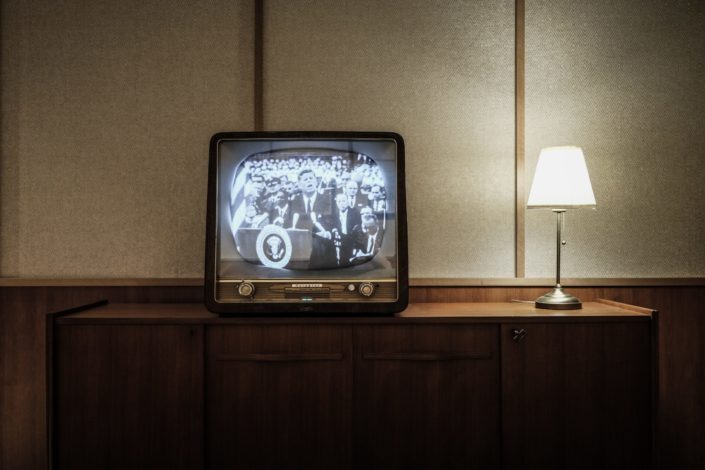 3. Who stars as the young Kevin McCallister?

Macaulay Culkin starred in many films as a child. Many of those films are box office hits like My Girl, Uncle Buck, Richie Rich, The Good Son, and many more. But, Home Alone is how he became a household name as a young boy. 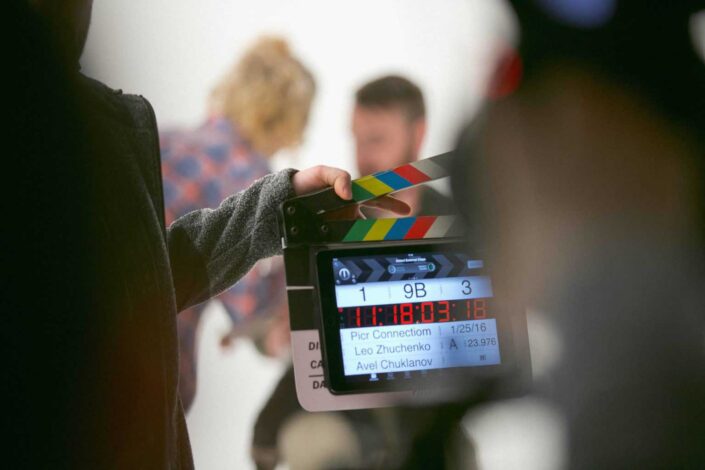 4. What street does the McCallister family live on?

Lincoln Blvd is a real street in Winnetka, Illinois. The Home Alone house is a real house located at 671 Lincoln Avenue. But, don't try going there. The home is on private property, and the owners live there.

3 Fun Trivia You Should Know About Home Alone

What's more fun than watching Home Alone again and again? Answering the most fun trivia questions about Home Alone. No, really, these are pretty exciting questions to know. And, if you already know them, then it's all the more fun.

5. Showings of Home Alone have become a Christmas tradition in what country?

This one is a Christmas Eve tradition where people of all ages sit around and watch Home Alone, which is aired throughout the country.

6. As a punishment for his fight with his older brother, where was Kevin sent to?

Third floor of the house

Poor Kevin, it wasn't even his fault! Kevin's mom sending him up to the attic is the very reason Kevin's family forgot him. This, and the fact that Kevin's parents woke up late for their Christmas vacation flight and had to get a dozen kids ready to go.

7. What were the names of the two burglars?

Marv is responsible for the name "Wet Bandits" after always leaving the water running in every house they steal. They later change their name to the "Sticky Bandits" after Marv uses duck tape taped around his hand to steal money from the charity boxes.

Want to know some random things about Home Alone that no one pays attention to when watching it? Then get to know Home Alone's random trivia questions and answers section. Yup, you'll enjoy this set of random questions just as much as anyone else.

Joe Pesci purposely ignored Macaulay Culkin so he would think he was mean. He wanted Macaulay to be scared of him to get the best reaction from him while filming, which sure did work. Macaulay was pretty scared of him on and off-set.

9. According to what he said in 'Home Alone II,' what religion is Marv?

What's funny is Daniel Stern is Jewish in real life. In the film, he says "Happy Hanukkah Marv!" to himself when he robs a toy store during Christmas Eve.

10. What did Kevin's Aunt Leslie step on and almost break her neck?

If you don't know, Micro Machines were tiny toy cars that were popular back in the 80s and 90s. Kind of like how Hot Wheels are hot right now.

Kevin remembers how his Aunt Leslie slipped on his Micro Machines, so he uses them on Marv and Harry when they try to enter the home.

3 Home Alone Questions That Are Easy

If you're one of those who don't watch this one as much as others do, then boy, have we got some easy trivia questions for you. And, if these are still too hard, we advise you to watch the movie at least once before you attempt to answer these questions.

11. Whose BB gun does Kevin use to practice his shooting?

Kevin uses this gun he got in Buzz's room many times throughout the movie - for target practice and to scare Joe Pesci. The thing about the weapon is if you paid attention, it's nothing more than an airsoft gun. It still hurts, but not as much as metal pellets.

12. Kevin has how many siblings?

Kevin is the youngest of 5 kids. His siblings are Buzz, Linnie, Megan, and Jeff. He also has 6 cousins. That comes to a total of 10 kids who all pick on him.

13. What is the name of the neighbor whom Kevin and his siblings are afraid of?

Old Man Marley is the heart of the film. He ultimately saves Kevin and has a heartwarming chat with him, reassuring him that he doesn't need to be afraid of "the Shovel Slayer".

There are some of you who watch Home Alone every time it comes on TV. But that doesn't mean you know the film better than others who only watch it seasonally. Get your Home Alone die-hard fans together, and go at it with this round of incredibly hard trivia questions. Do they know much about the barefoot scenes or Buzz's girlfriend? Well, these are still harder than those! Then we'll know who's been paying attention.

14. How much did the real owners of the McCallister Home sell their house?

You would have thought they'd get much more for a famous machine. But, the truth is, who would want to live in a home that so many people want to visit? The house stayed on the market for a long time and was initially listed for well over $2 million.

15. What wish did Kevin wish when he was sent to the third floor of the house?

We all know he didn't mean it, but when he woke up in the morning to find himself home alone, he sure was ecstatic until the wet bandits arrived.

16. What did he do after overhearing the burglar plans?

It's pretty brave of an 8-year-old boy to defend his home against burglars, but Kevin's cousin and siblings gave him a lifetime of experience because they're always bullying him.

Downloadable and Printable List of Trivia Based On Home Alone

Here is a downloadable and printable jpg/pdf list of trivia questions about Home Alone (right click the image and select Save Image As...):

You might want to know the answer to that we didn't cover in this game for some other questions.

Was home alone filmed in a real house?

Home Alone was filmed in a real house (located at 671 Lincoln Avenue, Winnetka, Illinois) for the main staircase, kitchen, and ground floor scene. So, Kevin's house was real! The other "home" scenes were filmed inside the gymnasium of a nearby high school.

Can you visit the Home Alone house in Chicago?

Yes, you're able to visit the Home Alone house, but you can't go on the property because there's a fence around the home. You can still take pictures of yourself near the home if you're in the area.

Is Home Alone on Netflix or Amazon Prime?

Even if it's an old movie, you can watch Home Alone on streaming services like Amazon Prime and Disney+, but, unfortunately, Netflix is only streaming Home Alone in specific locations - the US not being one of them.

How To Pick The Best Home Alone Questions

Home Alone trivia is super fun and hilarious. They're so fun that you probably won't mind using them all in your game. But, for some reason, when you can't use them all, you'll need help picking the best questions for your game.

Here's how to pick the best questions about Home Alone:

1. Highlight the Most Memorable Scenes

Choose questions that bring about some nostalgia. The most memorable scenes are fun to answer and get everyone excited and eager to play. They show you how well everyone knows so much about Home Alone, and they let you see how much everyone knows the same thing. This Christmas movie is well-loved and can even be considered a Christmas classic. So, highlight those that can bring this feeling.

2. Behind the Scenes Questions are Always Interesting

People have seen this, but were they there to see it filmed? Most likely, not. Behind-the-scenes filming questions are full of surprises. They'll take even the most prominent Home Alone fanatic off guard. What's more, is you'll learn something new about the movie everyone already knows so much about.

3. Leave the Easy Questions for the Kids

Just like I said above, everyone knows a ton about Macaulay Culkin's mischievous adventures. So, if you're going to throw in some easy questions, save them for the kids. Come on; I bet folks who haven't even seen Home Alone once can get all the easy ones right, so give them something worth playing for. Make sure a kid enjoys the game, too.

Don't stop playing here. There are tons more games right here on our site. These aren't exactly your favorite holiday movies, but they're pretty close... Kind of.

How do you like our Home Alone trivia questions? They're quite the prize, aren't they?

You didn't think you'd find such interesting movie trivia questions, did you? Now that you have to do what you want with them, and use them how you will.

And, if you stumbled upon a trivia about Home Alone while looking for a Christmas game, our Christmas trivia questions will satisfy your hunger. 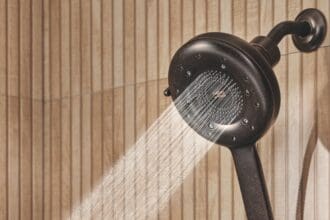 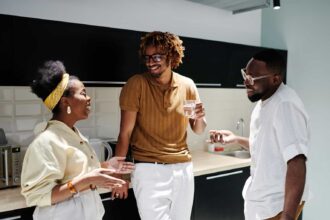 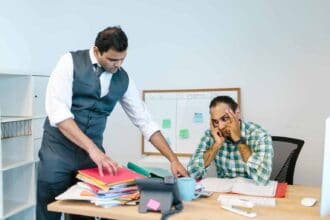 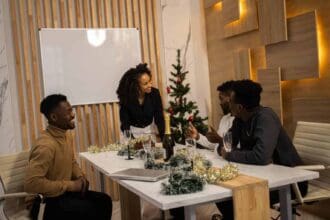 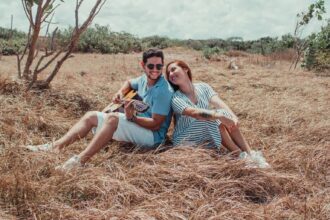 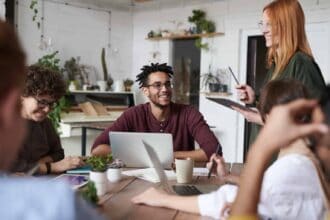 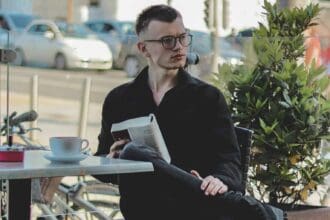 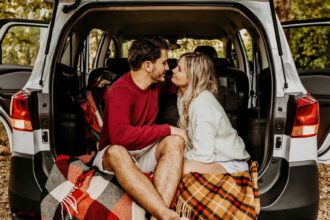 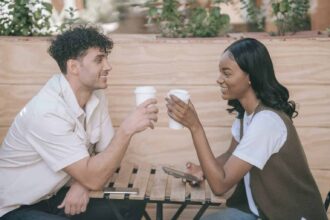