If you want your fill of Parks and Recreation trivia, then this post is for you.

Parks and Recreation is such a classic and well-written show. With all the unusual characters and hilarious storylines, this show is one of the best sitcoms ever made. As such, it has its fair share of trivia!

As someone who has written countless articles on various trivia about media, such as 80s movie trivia and Back to the Future trivia, this is one more topic to cross off on our comprehensive list of questions to ask.

Do you know everything about Parks and Rec? This quiz will show you how much you really know:

For one of the best sitcoms, you need some of the best questions about trivia, and we've got them all here for you. You'll be rolling on the floor laughing at how hilarious each question is, and how they make a reference to some of the funniest episodes.

Here are the 5 best Parks and Recreation questions:

1. What was the smooth-jazz listening, saxophone-playing alter ego of Ron Swanson?

Ron Swanson, played by Nick Offerman, as the character who brought the show to the top, is extremely stoic and hates for anyone to know anything personal about him. Nick Offerman portrays him as always hiding the fact that he has a band, and this is why he performs under a fake name and persona.

2. What was Leslie Knope’s favorite meal from the best local restaurant in Pawnee, J.J.’s Diner?

Leslie Knope, played by Amy Poehler, loves waffles and whipped cream. If you do a quick search for J.J.'s Diner's Waffles and Whipped Cream, you'll find there are many websites that attempt to replicate this delicious recipe.

3. The Parks and Recreation department battles many different animals throughout the series but only one of them was known to terrorize the entire city. Which was it?

Leslie's mother had to be rushed to the hospital in Eagleton because the hospital in Pawnee was overrun by raccoons. There's a fan theory that claims all the raccoons left the clean town of Eagleton to eat all the trash in the fast-food-obsessed town of Pawnee. 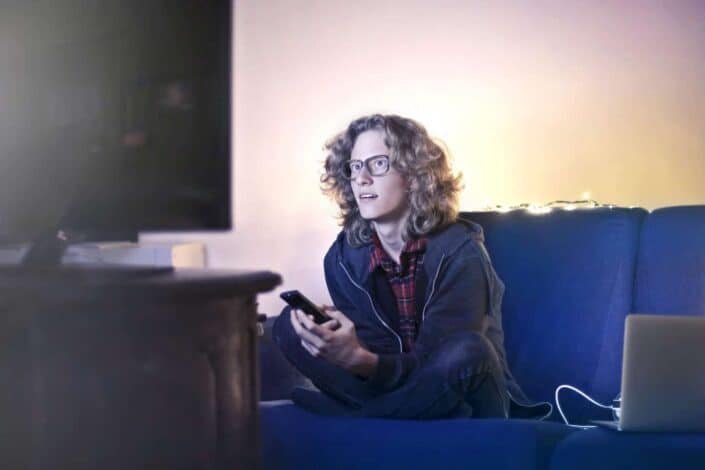 4. Tom Haverford was once part-owner of The Snakehole Lounge where he once brought his very own custom alcoholic drink called what?

Tom Haverford's custom drink is called Snake Juice. Snake Juice is made by mixing a bunch of alcohol together, with some sugar and coffee, and some other junk. It's known to taste somewhat like Kahlua. 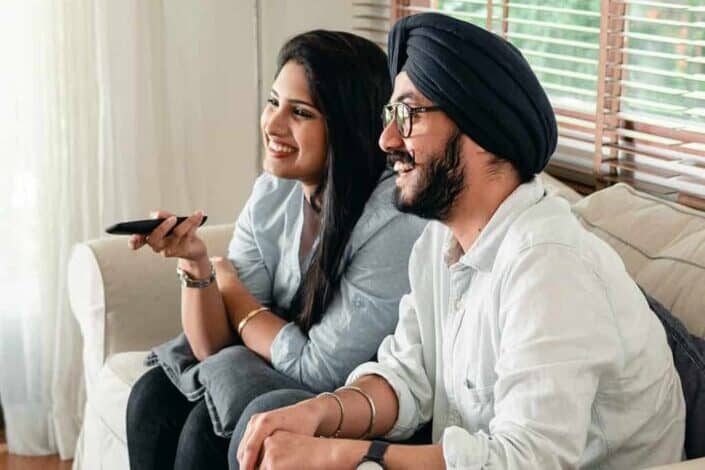 5. Who is Leslie Knope obsessed with throughout the entire series?

Joe Biden actually made two cameos on Parks and Rec, allowing an excited Leslie Knope to meet her idol (who she also is sexually attracted to). Her celebrity crush on Biden has her humorously giggle like a schoolgirl when they finally meet.

Parks and Rec might have a dynamic story plot, but that doesn't mean the show is difficult to understand. For a show about politics, the hilarious antics make it easy to understand all the hits pointed at the government. It pokes fun at plenty of real-life events during its time. Just take a look at our set of easy trivia to see what we mean.

Before being known as Lot 48, it was simply referred to as "the Pit". It soon became filled in and Lot 48 was turned into a recreational park. It was originally meant to be a condominium with a basement but was left in its sorry initial state when the original developer went bankrupt in the middle of construction.

7. What does Leslie Knope often call the bathroom?

She calls it the whiz palace. If you didn't know, people have adopted this name and taken the privilege of writing this on signs to place in their bathrooms. Parks and Rec is truly an iconic show.

8. What kind of car does Donna Meagle drive?

Donna Meagle drives a Mercedes-Benz ML350 SUV. This car should be included along with all the characters on the show for the way Donna treats it. It is a Mercedes after all. And Donna loves her Mercedes, more than anything else.

9. DJ Roomba is one of Tom's businesses. True or false?

It's one of the many inventions that seem to bother all the characters besides Tom himself. It's an MP3 player attached to a Roomba so you can dance while you clean. Talk about inventive! 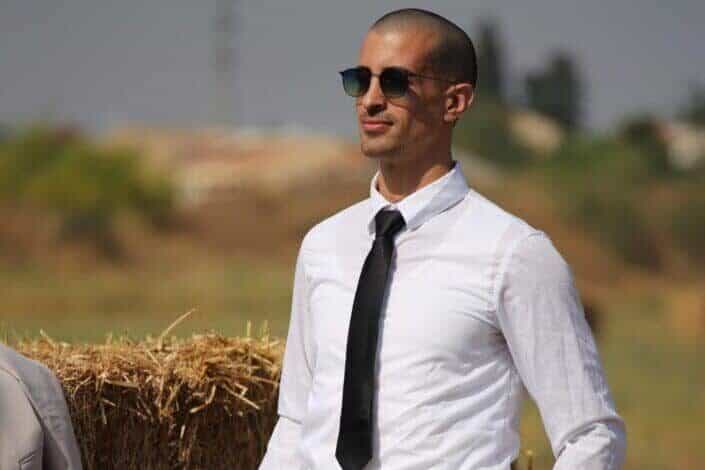 With all the wild characters on this show, you should know that they're some interesting details about all of them hidden within the show. Though, they're not really hidden if you paid good attention to them all. Let's see how well you know your Parks and Rec characters with this list of hard trivia to ask that really explores each person's personality.

10. What color was Leslie's undershirt when she fell into the pit?

There's no mention of this on the show expect the fact that you can visibly see her undershirt when she falls. A blink-and-you'll-miss-it moment, so we hope you can pause at the right moment. Were you paying attention? 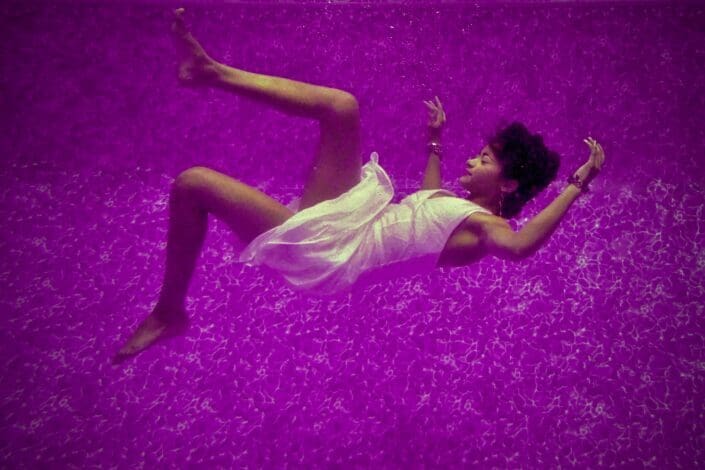 11. How much body fat does Chris Traeger have?

Chris Traeger is very careful with his body due to a blood disorder he was born with. For this reason, we have been gifted with knowing how much body fat he has. He compares his body to a microchip, saying that a grain of sand could destroy it.

12. What did Leslie call Tom's place?

Tom's home is filled with sliced cheese and lots of coconut water, always has the temperature set to 80 degrees and keeps lots of blankets. According to Leslie, this is a girl's heaven.

Parks and Rec is a funny show, plainly put. If you've seen the show, you know you've probably spit out your drink from uncontrollable laughter. There are so many hilarious scenes in this show that it's hard not to laugh at them all. The sometimes inappropriate humor is what makes this show so great. So, what better way to remind you of all those hilarious moments on the show then with these funny trivia?

Here are 3 funny Parks and Rec questions to ask:

13. Why does Jerry Gergich end up in the hospital? 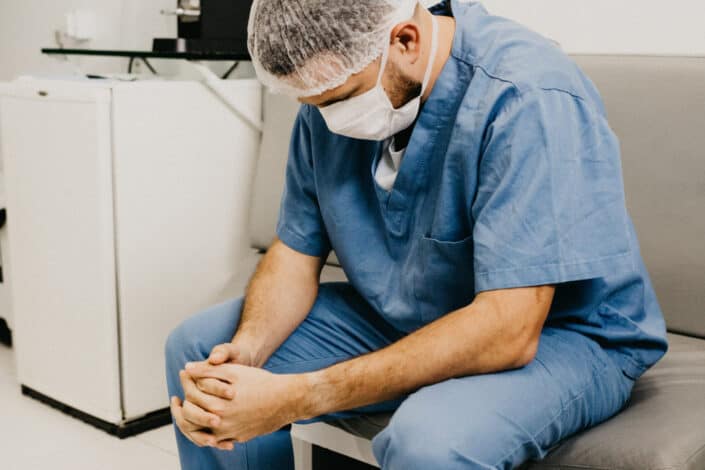 14. What is Ben Wyatt deathly afraid of?

Ben Wyatt is deathly afraid of the police. Fans have come up with a theory that Ben is afraid of big authority figured due to his time as city mayor and bankrupting the city. With that history, it's somewhat understandable.

15. What is April Ludgate's alter-ego name?

April Ludgate's alter-ego is named Janet Snakehole. The first appearance of Janet Snakehole is while she's at The Snakehole Lounge and acts as if she is the owner's daughter. The character she portrays comes later in the series.

Downloadable and Printable List of Parks and Recreation Trivia

Here is a downloadable and printable jpg/pdf list of Parks and Recreation questions and trivia (right-click the image and select Save Image As...):

Why are there only seven seasons of Parks and Recreations?

Michael Schur stated in an interview with Yahoo that Parks and Rec had many reasons why there were only seven seasons, one of which was that despite being fondly remembered during its air time, the series was always on the verge of cancellation. For many seasons before the final one, they'd always written a season finale, preparing for each eventual occurrence that the show would end. However, the biggest reason, Michael Schur stated, was that he and the cast were ready to move on - and that's why it ended in its seventh season.

Is Parks and Recreations a good show to watch?

Parks and Rec were critically acclaimed shortly after its second season and received several awards and nominations. Even now, years after the show ended, it is fondly remembered by fans. So, while the first season may bring some unfortunate comparisons to the Office, the show drastically improves from the second season onward and becomes one of the best sitcoms ever produced.

Can you watch Parks and Recreations with a date?

Yes, you can! With seven seasons and plenty of episodes, watching a marathon of Parks and Rec with your significant other is possible. With some laughs and funny commentary from start to finish, the show will be a blast to watch with your date.

Just remember: the show gets better the later it gets. If your date loves a slow burn and comedy, this will be the perfect show to binge on your date night.

How To Pick The Best Parks and Recreation Trivia

You need the best trivia to ask for the best round of Parks and Rec trivia. Questions that will really make everyone remember how great the show was. Follow the advice below to help you choose the best ones.

Here's how to pick the best Parks and Recreation trivia:

1. Focus on the Characters

Parks and Recreation have some of the most absurd characters with many random details and crazy storylines. So, it only makes sense to include lots of trivia about these characters, making the show, so fun to watch. It could be hilarious details about each character or just random questions about what they've done to be so iconic.

2. Pick the Funniest Ones

It's a funny show, so obviously, pick the funniest questions that highlight how hilarious this show is. The funnier, the better, because when you have a chance to make people laugh, go the extra mile and get them laughing till they can't breathe.

3. Choose Questions About the Best Episodes

Parks and Rec have some great episodes; if you've seen every one of them, you know this. It's hard to say which ones are best, really. Everyone knows that the later seasons were better than the first ones due to the change in Amy Poehler's character, so try to add more questions that reflect on these seasons.

If you're a fan of Parks and Rec then you might like some of these other shows. And if you love trivia, we've got all the best trivia for all your favorite shows.

Well, there you go, a list of the best Parks and Recreation trivia. If you haven't seen the show in a while, maybe binge-watch all the episodes before attempting to answer these questions.

And, if you already know all the answers to these questions, get a group of friends together who love Parks and Rec as much as you do, and get questioning. Figure out who the true fans are.