11 Signs You’re An Alpha Male - The only list you'll need. 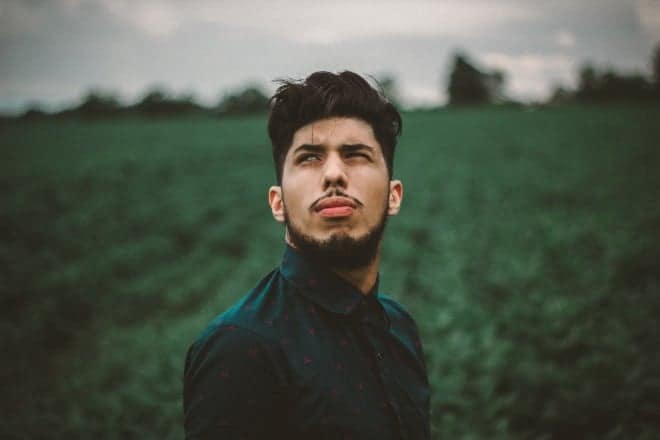 As the latest in a series of alpha videos, you might be wondering: Am I An Alpha Male? Well today we’re covering all the signs you could be an alpha and it’s almost guaranteed, that you’ll have at least a couple alpha traits you bring to the world.

And because we don’t want you to make sure your new found alpha status doesn’t intimidate girls, or get you in trouble, we’re also showing you the #1 thing that will definitely leave people thinking you’re just faking it.

11 Signs You're An Alpha Male - Alpha Males vs Beta Males
Watch this video on YouTube.

Here are 11 signs you're an alpha male:

11. You Don’t Believe Everything You’re Told

You’ve heard it before… “Chads are such jerks. Why do girls like jerks?” (sorry if you’re name’s Chad, Chad). Simply put: It’s not true. A guy who gets all the girls, is almost always... a really friendly one.

Now… that doesn’t mean you should be a Nice Guy™ and bend over backwards for a girl you like. That’s some beta business. Just be cool. That’s all a girl wants. A reasonable, understanding, and flexible partner to spend her time with. And alpha males are all of those things because they know that in order to get the girl... you actually have to be someone girls want to spend time with.

So as long as you’re fun, relaxed, and don’t get offended easily... you’re Alpha. Keep it up.

When’s the last time you stood up to someone because you felt they were being a horrible person? If you can’t remember, you still have room for improvement. Because... a guy who can stand up for what he believes in... is undeniably pure alpha to, well… everyone.

Having the morality - and more noticeably- confidence to do the right thing when everyone else is too afraid... is a trait that not a lot of people have… but everyone wishes they did. After all, people with integrity are admirable...

So go ahead and be that person! Figure out what morals and values are important to you and make them a part of who you are. Because women want a man with integrity… and If you have it, you’ll be the most sought after guy in any room.

There’s a saying on the internet that goes something like this… Have three hobbies... “One to keep you in shape, one to make you money, and one that allows you to be creative.” We’ll add to that with this: Try to Avoid illegal hobbies. Sticking with three new hobbies is completely doable no matter how many other responsibilities you have.

Because remember: Being Alpha is mostly about having confidence... and one way to gain that confidence is to learn new things. And if those things have positive impacts on your body, your wallet, and how interesting you are… why wouldn’t you do them?

8. Pat Your Own Back

It doesn’t matter if you refurbish old furniture, make nasty beats on Soundcloud, or make a mean beef stew... if you’re not proud of your accomplishments... nobody else will be either (especially women). Beta males try to downplay their accomplishments by being modest and saying things like, “Oh, it’s not very good.” This is a classic defense tactic to avoid criticism...

Alphas on the other hand, are excited to share their work, even if they know it’s not very good. They want to hear opinions because they want to be better.

Steve Jobs, Bob Ross, and Mark Twain were all successful men who truly believed in the work they did... and they didn’t gain worldwide notoriety by keeping quiet about it.

7. Change it or Accept it

A HUGE difference between Alpha males and Beta males is how they handle the things they don’t like about themselves. Nobody is completely happy with who they are. And Alphas know that. They recognize that they’re not perfect. And nobody is.

Unhappy with your weight? Look into a new diet and exercise routine. If you can’t stick with one, keep searching until you find one you like.

Don’t like how short you are? Yeah, it’s little unfortunate, but not the end of the world... and getting angry when others treat you differently for it shows serious self-esteem issues that will only make things worse.

The point is... no matter what others think of you, your self-worth comes from how you view yourself. Because if you’re not happy with who you are (which is very normal)... Why is a girl going to be happy with you?

6. Knock it Out The Park

We’ve said it before, but Alpha males like to keep busy. They’re motivated. And in their busy lives, they still make sure to give everything they’ve got. This means that alphas give extra effort because they can, they meet deadlines, and they finish what they start.

Look around you. Is your room clean? Have you fed the dog yet? Did you fold your laundry from last week? Have you had a shower? If you answered “No” to any of those questions, pause this video right now and go do one of those things. That’s what alphas do. They know nothing good comes easy and you have to put in the work to get the results. Women want a guy who can take care of himself… she doesn’t want to be your mom.

What’s the best way to maintain healthy and happy relationships with those around you? Is it by lying... Or by being honest?

Many of us learned how to lie by dealing with our parents. It’s a part of growing up. But not every guy grew out of lying... can you guess which type of guy?

Look… in 99% of cases, being dishonest and lying is the absolute worst thing you can do to avoid negative consequences. Lies always come back to bite you in the ass... and the more you tell, the harder they are to keep track of. And that’s the thing about alpha males. Not only do they own up to their truth, but they recognize that being honest is a heck of a lot easier than trying to remember which lie they told who.

Beta have the bad habit of never using their words to create a healthy dialogue or share thoughts in a constructive manner... instead they diminish them or use them to hurt others. But alphas? Alphas think about what they’re going to say before they say it; they recognize that their words are a reflection of who they are...

So when you speak... are you absolutely certain you say what you mean and mean what you say? How do you think a woman wants to be spoken to? She may not remember what you said… But she’ll remember how you make her feel.

Something just about every past, present and future alpha has in common, is the ability to keep the good times rolling. Alpha males have a select few jokes up their sleeves, they’re quick-witted, and can think up a fun activity when times are dull. They make things happen… and that includes making people happy... in fact, alphas want everyone to be happy, because it makes the world a better place.

Alpha males find compromises when necessary and can defuse other people’s anger with kindness and laughter. Think about it like this: Would you rather be an inflated beach ball or a popped one? Which would a girl rather bring to the beach?

When you see a guy who clearly looks like an alpha male, pay attention to how he’s dressed. Does he smell nice? Next time, get a good whiff. Go on... just a quick one.

Being clean, smelling pleasant, and wearing clothes that look sharp are signs you’re an alpha male. Because if you can keep clean and take care of yourself, you can probably take care of a girl, right?

So trim your beard, take a shower, find some clothes that fit your body, then go outside. You’ll notice the difference immediately. But we get it… sometimes it’s hard to even start cleaning yourself up. If it’s a daily struggle for you, look around you one more time... if your room isn’t clean, how are you ever going to clean yourself up? Of course, the ultimate way to be clean is with your hair. We did a whole video on it that you can see right here: 10 Hairstyles Women Find INSANELY Attractive 2018 - The Best Haircuts for Guys

Our lives are filled with distractions these days and it’s ridiculously easy to get sucked back into our phones for another 10 minutes after every… be more like Alpha Man. Alpha man is keenly aware of his environment and all of the distractions around him… but his laser focus keeps him from losing sight of the task at hand.

Distractions are no match for him, because improving himself is where he finds his power… and he knows that if he gets distracted, he’ll fall back into his old, unhealthy habits. Also, slackers killed his parents.

But seriously… alpha males don’t eat that extra slice of pizza because that means more miles on the treadmill later, which cuts into other plans. They have the willpower to say “No” and stick to a healthy regimen regardless of peer pressure or how strong the cravings become. Alpha males control their urges now… because the payoff will be much sweeter down the line.

You made it! For your reward, here is the #1 sign you’re a beta in alpha clothing. You have to say you’re an alpha.

Alpha males know they’re alpha. But they don’t rub it in anyone’s face because, in the past… they were in the same shoes as everyone else. They struggled just as much as anyone to get to where they ended up in life. The main thing is that alphas are happy with who they are.

So the absolute CLEAREST sign that you’re a faux-alpha male with a soft ego is that you’re overly cocky about how great you are now. We said it above: it’s important to be proud of your accomplishments... but if your reasons for sharing them, are to one up everyone who shares their accomplishments with you... then you’re just being a jerk... instead, try to be awesome to everyone you meet. It’s what Alpha Man would do.

Those were the 11 powerful signs you're an alpha male. How many did you have?

Think about it and while you’re here, why not check out these other awesome videos?