Harry and David Reviews - Is it worth the price?

by Brian A. | About the Author

New? Start here. | This post contains affiliate links. That means that we receive a commission for purchases made on them (more info).
Share
Tweet
Pin
In this Harry and David reviews, you will be looking at specifically, their Wine of the Month Club offerings.

Harry and David is the premier name in gourmet food boxes, so wine isn't exactly their main focus. But they're a massive company flying under the 1-800-Flowers umbrella with their own vineyards, labels, bottling, and production.

So, does that translate into a great wine of the month club? Time to find out.

What is it?
Recent Boxes
Review
Why We Love
We Don’t Love
Pros vs Cons
Price Point
Shipping Breakdown
Worth It?

What is Harry and David?

In 1934 when two brothers, Harry & David (bet you didn't see that coming), inherited a pear orchard from their father. Being the enterprising young men they were, they started growing cornice pears, rebranded as Royal Riviera peaches, to luxury European hotels.

Then the Great Depression and a bit of a European military skirmish wiped out that market. As a result, the brothers cut out the middleman and started selling peaches direct to consumers through the mail. The gourmet gift basket business was born.

Fast forward to today, and thanks to their dominance in the gourmet food business, the Harry and David brand has expanded to include their own wine label with grapes grown on their own vineyard in Oregon.

Perhaps Harry and David isn't a household name when it comes to vinting but that doesn't stop them from producing some quality wine. Couple that with their legacy business in gourmet food, and Harry & David can produce a wine club that is unique.

Harry and David's wine club is pretty straightforward when it comes to the actual wine. Each month, you'll receive one bottle of white and one bottle of red. Those two bottles will set you back $115 for three months.

While Harry and David is usually extremely transparent about what is going in their subscription boxes, such as their steakhouse box, basic wine box is a different story. Outside of knowing you're getting one red and one white, the selection of those wines is left entirely up to the grower. Obviously, they should know what they're doing when selecting, but that is a bit of a policy difference in the Harry and David brand.

That said, what really sets Harry and David apart is the pairings. They offer a base wine club, sure, but they also offer a wine club that pairs with cheeses, and one that pairs with fruit and cheeses.

That's something nobody else is really doing, likely because they don't share the same vaunted infrastructure and legacy in those pairable fields.

The transparency issue with the basic wine club doesn't apply here. It seems like they're essentially pairing a wine with the food, instead of food with the wine, because in the food pairing boxes, you do know what wine is coming.

This is probably just another nod to wine not being Harry and David's primary focus. Food is the star in these clubs, whereas the wine is probably the co-star.

Since the pairings are what sets them apart, let us dive a bit deeper into what you're getting.

3 Things To Love About Harry and David

Harry and David may not be a well known winery, but they leverage their business assets to get a few things right that no other wine club is doing.

Here are 3 things to love about Harry and David:

As said here before that Harry and David really isn't wine focused. That's okay, because their gourmet food focus shines through in these clubs. They go above and beyond to pair their expertly grown fruit with their homegrown wine to create something special. They also partner with some of the best creameries in the world to deliver value that other wine clubs just aren't offering.

This club is truly a wine of the month club. They have the volume to make that a reality. Some of the other clubs really stressed the quarterly or seasonal approach. Sometimes you just want more wine, and here, Harry and David delivers. Especially with the food pairings.

2 Things Not To Love about Harry and David

But yeah, they aren't really a winery. They have a wine label, but their core business isn't wine, and that manifests in a couple things you might like about their wine of the month clubs.

Here are 2 things not to love about Harry and David:

If you're joining the Harry and David wine club for variety, you are going to flirt with disappointment. It isn't that their wines aren't high-quality, it's just that they are all from their own label. This is probably the most traditional of the wine clubs reviewed here insofar as you're dealing with a geographic specificity some of the others aren't.

In order to get your wine and food pairings, you're going to need to commit to at least three months. It would be nice to see a bit of a shorter trial period as some of the other clubs offer. This is less of an issue with the food pairing clubs. It is a bit much to ask for a three-month commitment blind as they do with the basic club.

Pros vs Cons of Harry and David Reviews

Here's a breakdown of the pros and cons with Harry and David.

Listed down below the different kinds of wine subscription plans the club offer.

As with most alcohol delivery services, there are restrictions on delivery to certain areas. It's best to check with customer service before you order, but Utah, Oklahoma, Missouri, Arkansas, Mississippi, Alabama, Georgia, Tennesse, and West Virginia are all out of luck.

There are also a few states where local zip codes are restricted. So, check with customer service if you're in New York, Alaska, Hawaii, New Hampshire or Florida.

Is Harry and David Worth It?

Is their wine club worth it?

If you're looking at the wine and cheese, or wine, fruit and cheese, the answer is a resounding yes.

Harry and David may not be the most renowned wine label in the world, but we know Southern Oregon produces some top-notch grapes, and Harry and David can turn those grapes into some excellent wine.

The overall experience with the food pairings makes this a positive recommendation.

There is no current coupon or promo code.

How to Join the Harry and David

Once you get the hang of the user interface, getting a box to your door isn't all that difficult. Time to focus on the subscription services, as ordering some of the one-off gifts is a pretty intuitive process.

Here is how to join Harry and David:

1. Get Used to the Interface

In order to sign up for a subscription service, you'll need to hover your mouse over clubs. You can find this as the far right-hand menu item in the fourth row of menus. Hovering will bring up a menu that lists out all of the clubs.

2. Decide What Club to Order

There are a ton of clubs. Eight curated gourmet food clubs alone. There are also fruit, wine, cheese, dessert clubs, and more. There's also quite a bit of overlap in what is covered in each club, so you may want to click through and read the descriptions of each.

For instance, there are two tiers of meat clubs. The Steakhouse Club and the Stock Yards club.

They're extremely transparent about what you're getting in each months box. It is all pre-planned. So, if you don't want the rack of lamb in your steakhouse box, start your delivery next month.

Pretty straightforward here. You can check out as a guest by entering your email address for a one time affair, or you can create an account if you're planning on coming back.

Harry and David have come a long way from their pear centric beginnings in Southern Oregon. Along the way they have established their brand as the go to for gourmet food gifts and, as a result, have created a pretty solid wine of the month club as well.

Gentlemen, this post is about the important signs a female coworker likes you. We have many informative blogs about how to tell if a girl likes you and how to get a girlfriend, but before you dive into them, it's essential to know the signs. Whether obvious or a...

You ever seen those 'who knows me better questions' YouTube videos? Well, here they're in blog form! Well, we've got plenty of get to know you questions right here. They're really fun questions to ask people who know the most about you. We've compiled the ultimate... 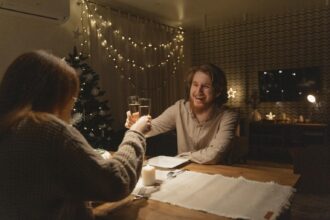 54 Best Indoor Date Ideas - Get her heart and make her swoon. 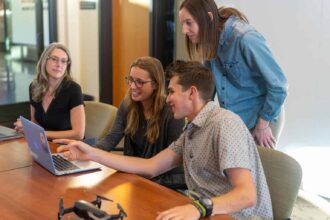 Trivia questions for teens may be the best way to keep them engaged while also exercising their brains. There are a lot of important benefits of trivia questions, which include keeping your memory sharp and your mind smart. That's why playing a game full of fun...

If you love beer, you'll fit here because, in this post, you'll learn about the types of beer glasses. We also love beer, that's why we've done features on best craft beer gifts and the best beer of the month club. This list will give you insight into what beer...

If you love cars, this post about car trivia is for you. Challenging your knowledge with your friends for trivia or game night is our expertise. Our trivia blogs are a hit. This car trivia is all you need to gather your friends and see if you have what it takes to be...

When you aren't eating candy, why not learn all about it through candy trivia? There's more to candy than just eating it, you know. Did you ever wonder what all your favorite candies are made of? Or, maybe you already know tons of candy facts. Test yourself with these...

Shake things up with a random game of radio trivia — a game you didn't know you needed until now. We all listen to the radio, even with all the new technology and gadgets out there, but how well do we know what goes on behind the upbeat tones, voice commercials and...

Did you know that there are some people who use food pick up lines to try their way into getting to start a conversation with a girl? It may sound surprising but these types of pick up lines actually manage to get them the attention of girls. But this begs the...