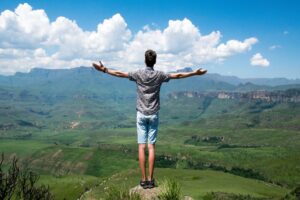 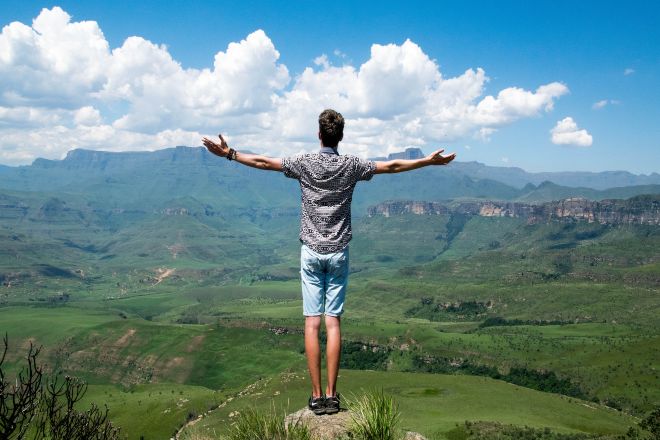 Many people are into Latin phrases about life when it comes to finding meaning and direction in their struggles and everyday life. A lot of these Latin quotes are meant to inspire you to be better.

Sites such as Elite Daily and The Odyssey Online have featured some of my works, and as an expert conversationalist and wordsmith, language is one of my many interests.

So read on this list of beautiful Latin phrases to live by.

Ultimate List of Latin Phrases About How Meaningful Life Is

You might have heard several Latin phrases about life and strength that have changed other people's lives. If you are searching for a more purposeful living or just need something to get through what you are experiencing right now, then this list is for you.

You can see Latin phrases about love and life not just in romance novels or classical ones but also in different establishments, some embedded in the skin through tattoos. But the Latin language is not just for the Roman senate or a Roman poet.

Here are six of the best Latin quotes about life and their meanings:

One of the best quotes from the beloved Roman lyric poet Horace, this Latin phrase challenges one to be logical and attain knowledge on things.

This is one of the many Latin phrases about love that truly inspires. If you love yourself, you'll see how many changes you are willing to make to let your life flourish. 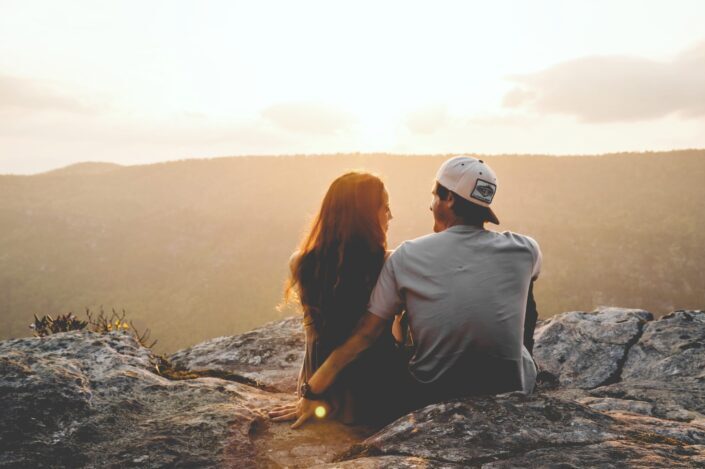 Only with bravery and those willing to take risks will they reap life's rewards. It inspires you to be courageous if you want to succeed in whatever you want in life.

This is one of the most optimistic quotes. It's a simple reminder that as long as one is alive, even in times of struggle, one should never give up. 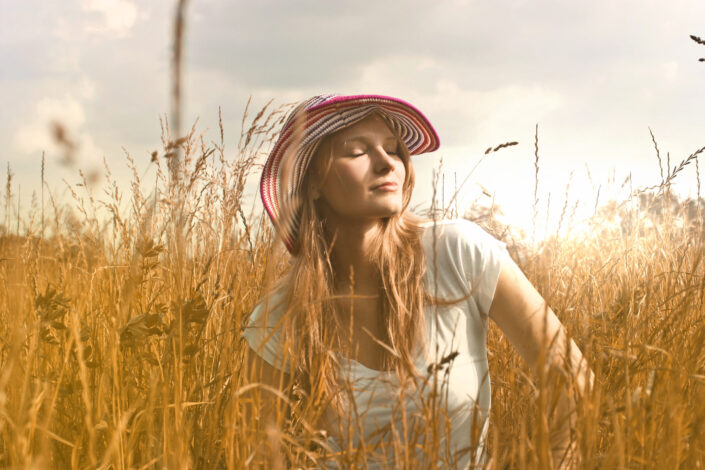 Since time is not in your control, it is something you should not waste by overthinking and overanalyzing things that have already happened. Live, learn from your mistakes, and let go.

This phrase speaks for itself. While wine and music can give one a sense of happiness, they can only be enjoyed when one is not passed out. 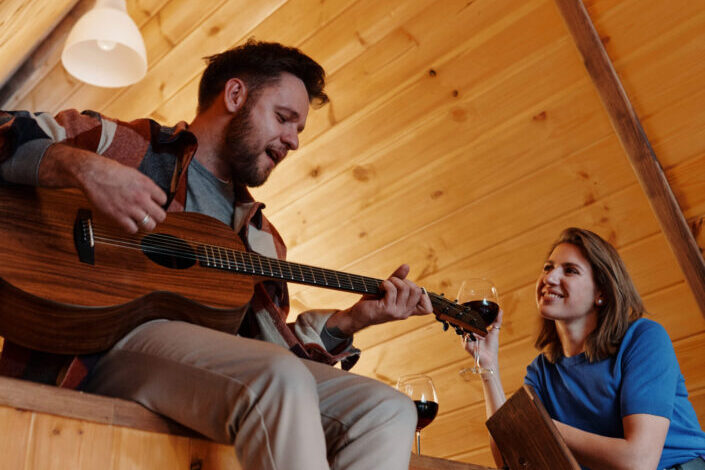 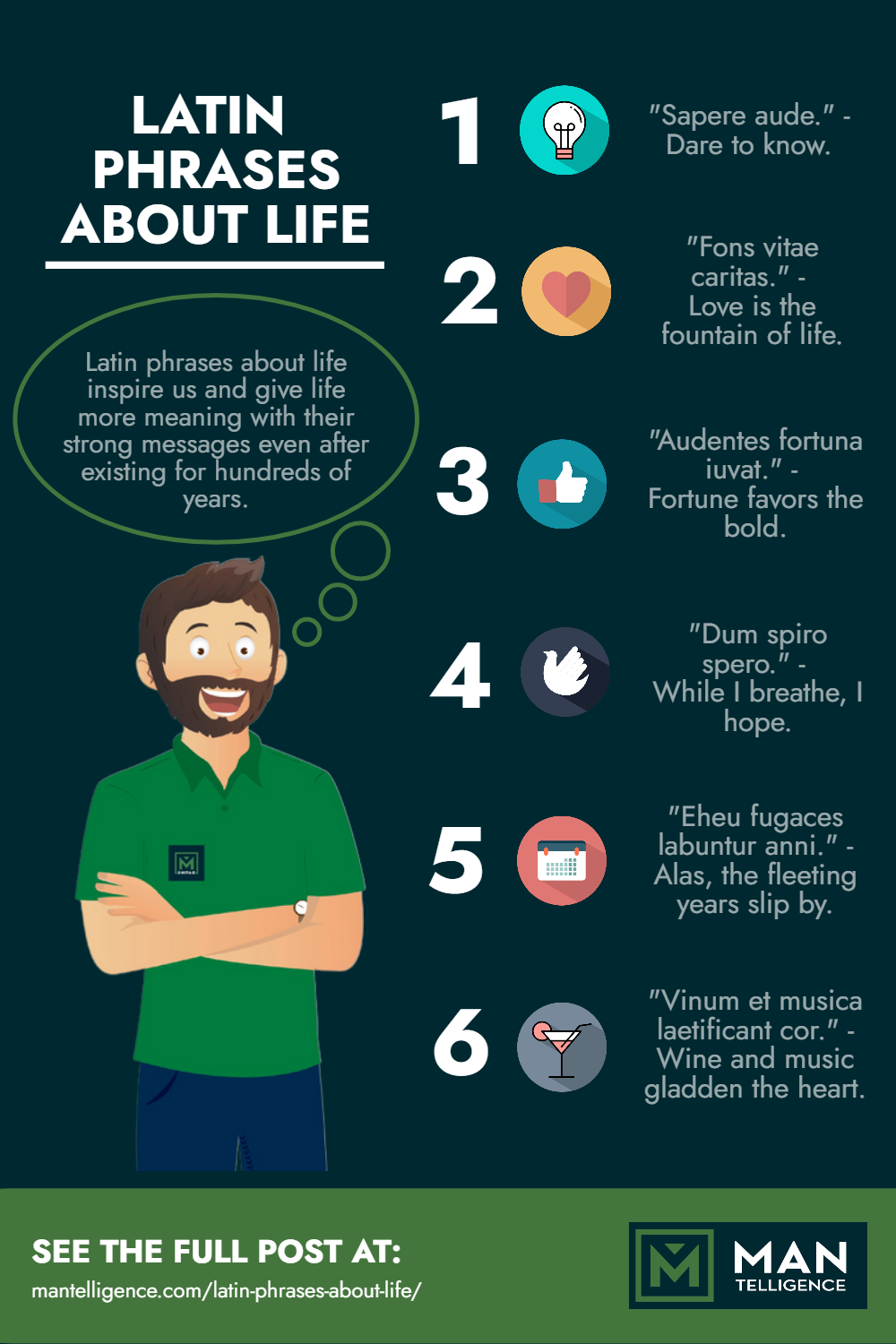 5 Latin One-Liners About Living Life and Being Hopeful

For those with a very short memory, long Latin phrases about life with English translation can be hard to keep in mind. Good thing there are short inspirational sayings you can live by.

Here are 5 short phrases in Latin to inspire you to be hopeful:

This Latin motto tells you to always go for something better that will improve your life. Always move towards being exceptional.

No matter how much you are caught up in life, never forget that you are also here to cherish it. So don't forget to smell the flowers once in a while. 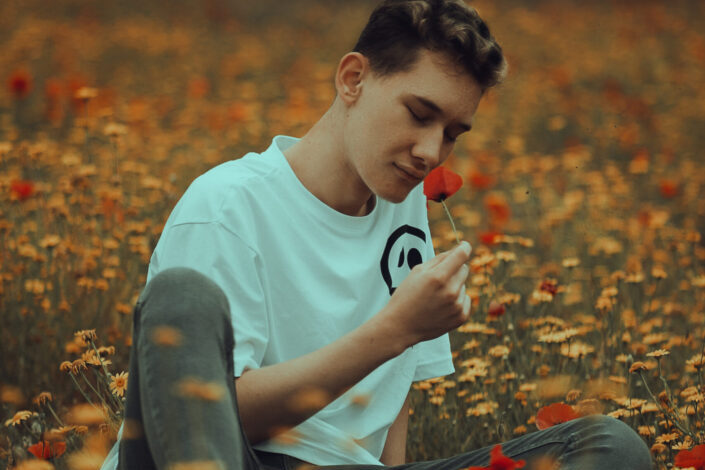 One of the most famous Latin quotes, this phrase tells you to make the most out of life. Grab chances, and don't wait till you don't have the time.

This Latin quote expresses confidence in one's decisions in life. You do what you do, no matter the adversities that come your way. 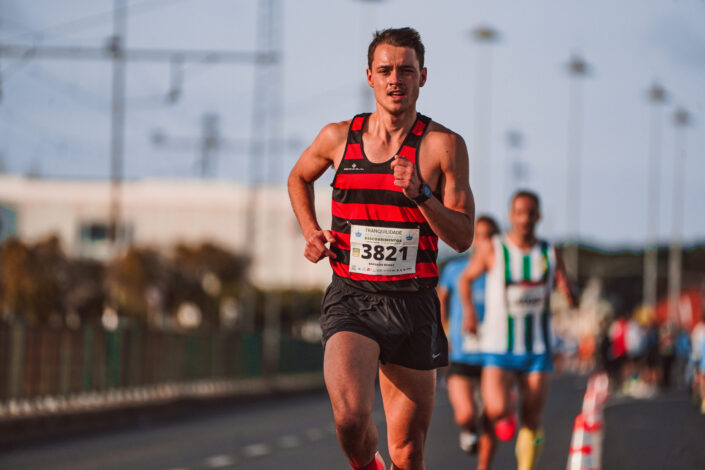 When something is done in good faith, it is known to be genuine. The act is settled honestly or sincerely. There's no reason to question it.

4 Common and Popular Phrases in Latin That Centers About Life

The Latin language is not just for the Roman senate or a Roman poet. You might see a hundred inspirational quotes online or in books and even as a state motto. These listed here might just sound familiar.

Here are 4 of the most common Latin phrases that center on life:

12. "Ad Astra per Aspera." - Through adversity to the stars.

This common Latin phrase is a reminder that reaching your goals means pursuing them through hardships and adversities of life. With your eye on your pursuit, no one can stop you from getting it.

This Latin proverb you would often hear after a mass is a good wish for someone to have peace in their minds and hearts. 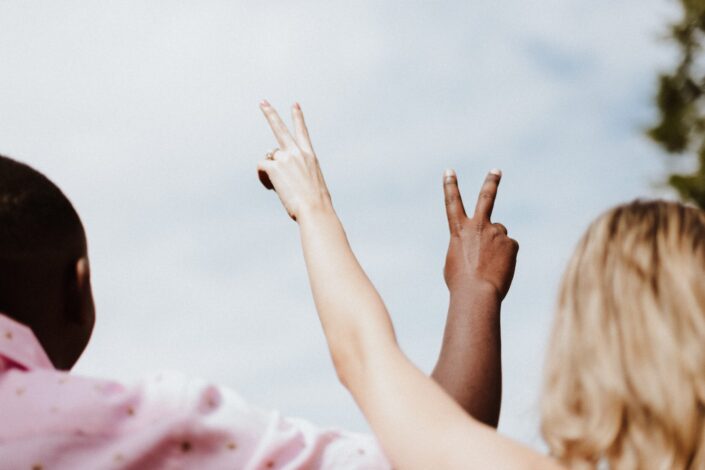 Life is a cycle, and good times and bad times will continue to happen. And it will keep on moving forward, no matter how much you want to slow it down.

15. "Omnia causa fiunt." - Everything happens for a reason.

When going through a rough patch in life, one should always know that there's a reason behind everything. And whatever that reason is, one should be accountable for it. 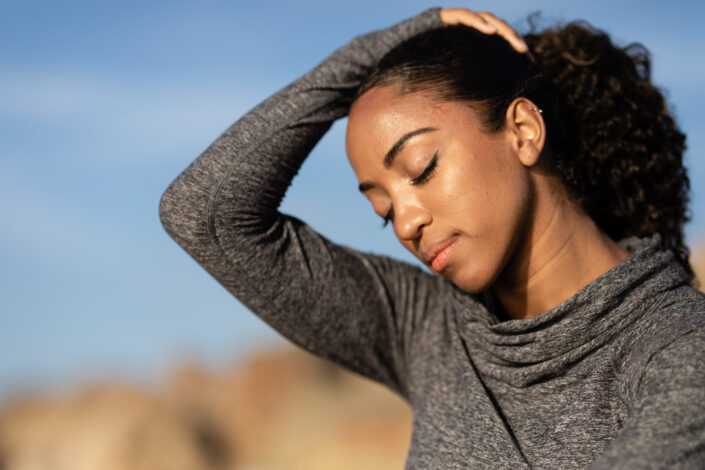 6 Cool Latin Life Quotes You Can Share With Friends

Share your philosophy with friends with these cool Latin phrases, and they are bound to be amazed and inspired at the same time.

Here are six quotes to impart to your dear friends:

16. "Qui totum vult totum perdit." - He who wants everything loses everything.

Being ambitious is one thing but having no contentment is another. If one continuously strives for more than one needs, one often loses sight of important things.

17. "Quam bene vivas refert non-quam diu." - It is how well you live that matters, not how long.

This cool Latin phrase tells you that no matter the length of your life, as long as it is well spent with purpose and good intentions, then it is a life well lived. 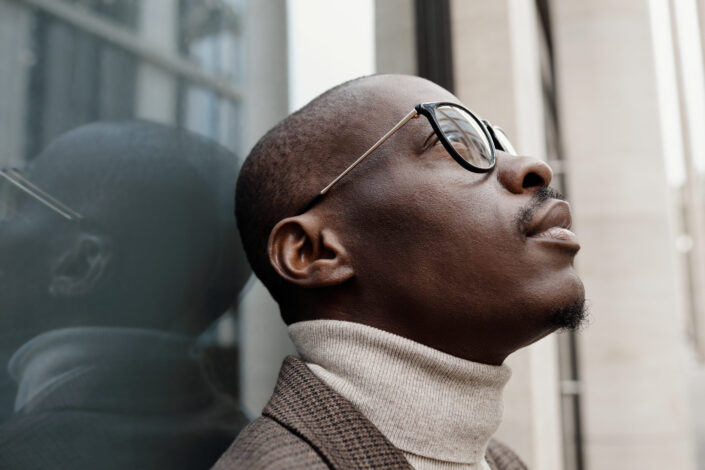 This Latin expression tells you that when faced with great obstacles in life, one should never give up and lose hope, especially when one knows your goal is worth it.

To be able to love yourself or others is the drive to live one's life. Love inspires one to keep on living. 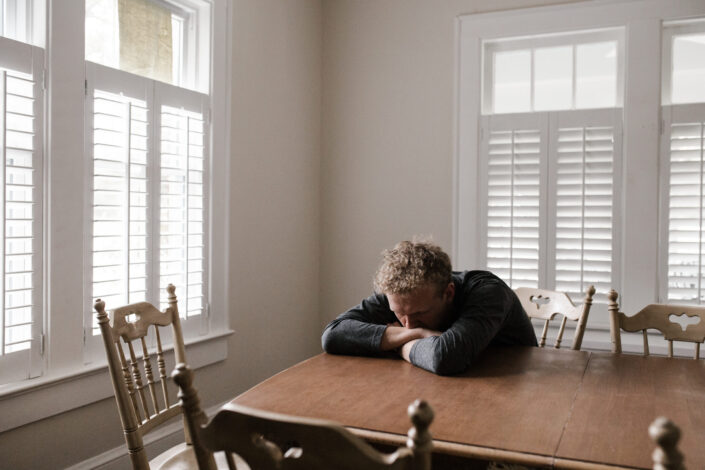 20. "Per angusta ad augusta." - Through difficulties to honors.

No matter how difficult things may be, the only fulfillment you'll have after going through it all is if you can stand with honor.

21. "Vita incerta, mors certissima." - Life is uncertain, and death is most certain.

Latin phrases about death can be scary to hear. But it also states the only sure thing we know about this lifetime. Death is inevitable. 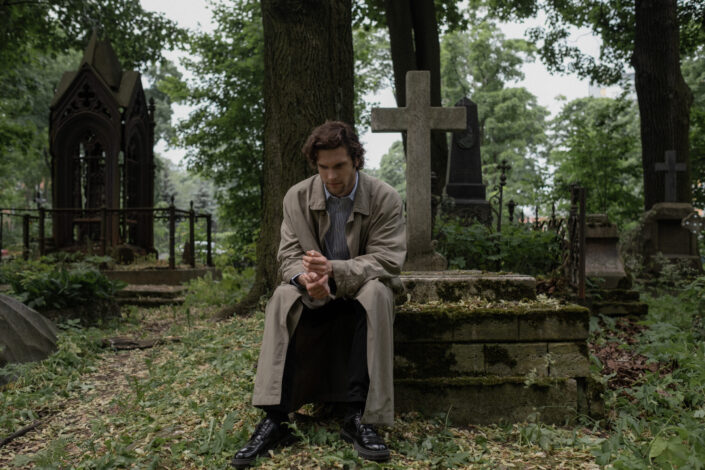 Downloadable and Printable List of Latin Phrases About Life

Here is a downloadable and printable jpg/pdf list of life Latin sayings and phrases (right-clicked the image and select Save Image As...): 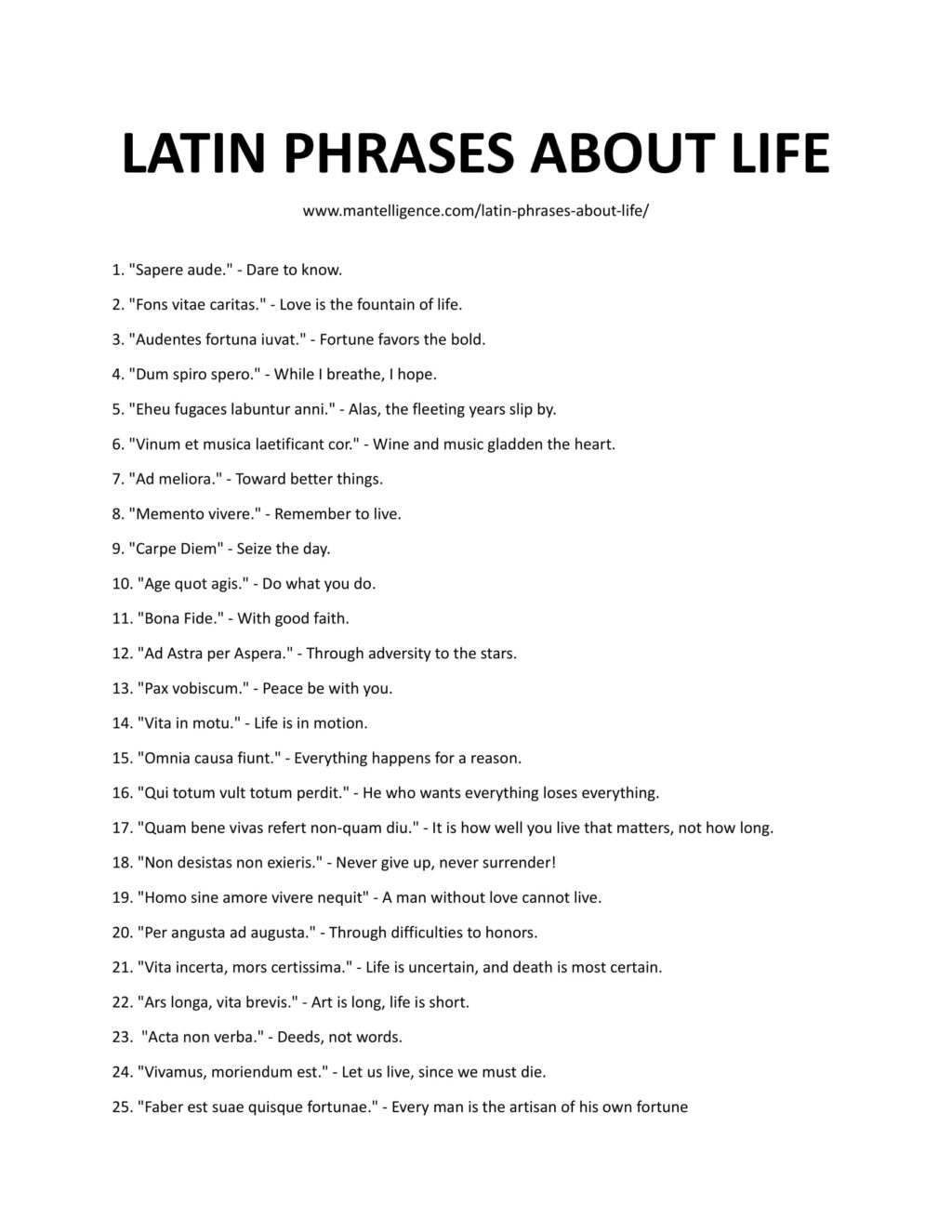 Latin Trivia: 6 Legal Terms In Latin That You Should Know

While there are numerous Latin phrases about life and strength, there are also many legal terms in this language.

Here are six legal terms in Latin you should know:

Nolo contender - I do not wish to contend.

This Latin term is a plea entered in court when the accused, although they would not admit to guilt, will accept punishment for a crime.

Ergo is mostly used in exchange for the more common word 'therefore,', especially in more prestigious universities. This is used to connect thoughts with a logically following sentence.

In commercial transactions, the buyer assumes all the risk for his purchase. It states that the one who purchases should not be ignorant of the property he is buying.

The phrase refers to any service given by a professional for a smaller fee and even for free in some situations.

Pros se - In one's own behalf

This refers to a party who faces the court without any legal counsel. Instead, they represent themselves. This can also mean a representation for someone who cannot be present at the moment.

Erratum - Having been made in error.

The term is used to describe a mistake or error made in a particular case that needs to be addressed and reviewed by the court.

When to Use Life Quotes and Sayings in Latin?

Life quotes in Latin can be used as a mantra for your everyday life. Each phrase may be translated into different words in the English language, but the wisdom behind them is the same. You can use it to give a piece of friendly advice when life seems to be in disarray or even to guide you to a more purposeful path. Whatever it is, Latin life quotes contain their lessons for each of us.

Latin may be considered a dead language, but with it as an origin for the many English words you use every day, it is good to know more about it.

For those who are into classical literature, Latin is a good second language to start getting into. If you are not into such but are planning to or currently studying law, medicine, or nursing, which uses a lot of Latin terms, the language comes in handy. The same goes when you are into Roman history, romance languages, sacred music, or just because it is practical.

Why learning quotes and phrases in Latin is good for you?

Learning Latin is good for developing your vocabulary since about two-thirds of the English language is derived from the language or makes use of a Latin root. If you want some mental challenge, learning Latin and its English equivalent is also a way to go. The language is complex, and understanding it is like doing a jigsaw puzzle that exercises your intellectual skills.

How do I pronounce these Latin phrases correctly about life?

When the Roman empire conquered nations, they were keen on influencing them in their ways of thinking, speaking, and acting, and soon, the language got incorporated into the legal system. Ancient Rome significantly influenced European countries' legal systems, which later reached the western world.

For more quotes and phrases, check out these articles:

Latin phrases about life have existed for hundreds of years, but their meaning is still found relevant in this time. While it survived from the time of Julius Caesar and some are considered obsolete, many of these Latin quotes with meanings continue to inspire and give more sense to one's being.