12 Subconscious Signs of Attraction - The only list you need.

Gentlemen, today we’re showing you 12 purely instinctive, totally subconscious signs of attraction that girls show when they are attracted to you.

By this point, you know it’s not always easy to know if a girl is actually interested. Is it games or is it for real? What could be chemistry-filled flirtation for one girl...

might only be basic, run of the mill friendliness for another.

And that’s why today, we’re showing you 12 subconscious signs of attraction, and the one painfully obvious sign that a girl is definitely not attracted to you.

12 Subconscious Signs of Attraction - How to Know if a Girl Likes You (INSTANTLY)
Watch this video on YouTube.

Here are 12 subconscious signs of attraction:

12. She Breaks From Her Besties

Have you ever noticed how girls always start a night out by only dancing with each other? The reason for that is because they feel most comfortable with their closest friends... which in most cases, is other girls.

It’s a law of nature... a girl and her group are hard to separate. Not only are they typically good friends, but they even act kind of like a bodyguard for each other by keeping away unwanted attention.

So what are we getting at? Girls stick together at least semi-subconsciously out of a feeling of security. And what that means... is that if a girl you’re talking to separates herself from her squad to hang out with you alone, you better believe she’s interested.

Because not only is she leaving the fun crew that she came in with, she’s also showing her friends that she knows she’s in good hands with you... and they don’t have to worry.

via: Unsplash / Tom The Photographer

In the vast, vast majority of cases, body language isn’t only non-verbal, it’s also largely non-conscious... and most of the time it tells you everything you need to know.

So what should you look for first? One of the biggest, most basic body language giveaways when it comes to attraction, is to simply lean, or “fall” in towards the other person.

Think about it. Do girls fall in to get closer towards guys they don’t like? Probably not. So that means if she’s physically leaning in your direction, even from a considerable distance, she’s probably feeling your vibe.

Here’s one thing to remember the next time you talk to a girl: Before you get a chance to say anything, that girl has automatically, subconsciously created a kind of story about you in her mind. But the only thing is, there are inevitably some parts from the story that are missing.

Now, if she doesn’t care about the missing parts, she’ll move on or won’t seem interested. But if she’s intrigued, the only thing left to do... is get some questions answered.

So if you’re talking to a girl and she keeps trying to find more out about you, that’s almost definitely because she lets her curiosity carry her away towards you.

Just like a girl will always find a way to get her questions answered about you, she’ll also be exploring your face to learn as much as she can. And the reason is simple: While your words say one thing, your facial expressions speak on a different level, and in many cases, a more truthful one.

So if she seems focused on your eyes and your mouth, and even your nose and cheeks... it’s not because she’s trying to make you worry about nose hairs or the spot you missed shaving, It’s just her instinctively trying to learn your mannerisms, the little things she really likes about you.. and how you really feel.

Here’s a real, age-old test of subconscious attraction: Next time you’re with a girl, say something you know is actually kind of stupid. Not obviously stupid, but just a little... low effort. If she laughs automatically, you know she’s into you.

You might have noticed this with other people: a girl laughing and smiling at a guy... who really hasn’t actually said anything all that hysterical.

Well here’s the thing about making a girl laugh, most of the time, what you say doesn’t even need to be incredibly funny, or even that original. Because 9x out of 10, here’s what’s really happening... when a girl laughs at something you say, it’s almost always driven by the fact that she’s subconsciously reinforcing the attraction that’s already there.

Basically, she already likes you... and wants to laugh at stuff you say to make sure she continues to like you. Now as with everything, there are exceptions to the rule but if she’s easy to get a laugh out of, that’s typically good news.

Just about the only thing better than talking to a girl you like, is to talk to a girl who’s equally excited to talk to you. In the dating game... this is what’s known as “chemistry.” And all chemistry begins and ends on a completely subconscious level.

So how can you tell if a girl is excited to chat? Well, there are a few ways: If you text, she texts back pretty quickly. If you see each other in public, she doesn’t hesitate to come up and say hi, and if you walk up to her... she makes a few adjustments to her posture, her hair or her clothes.

Excitement takes many forms, but if you sense that she’s eager to talk or surprised by your attention, that’s what you want to see.

Touch is one of those things that is driven by a pretty primal part of the brain. Before we ever talk, we learn how to communicate through contact first. And not only do humans need to be touched, they also need to touch.

So much so in fact, that when their inhibitions are overridden by something like, say, strong attraction... they’ll touch without even thinking about it.

Now in general, our society tends to be pretty… ”touchy” about touch. And for good reason, because even for girls... seemingly innocent touching can be risky.

For the most part, girls are on high alert and totally aware about how they physically engage with others... which is all to say that if a girl is touching you, it’s because her natural desire to get closer is outweighing a pretty compelling need to be careful.

For the same reasons why girls might hold off on touching a guy they like, they may also keep their facial expressions from giving away her attraction.

Basically, women disguise their interest by kind of “flattening” their expressions. Straight lips, neutral browline, minimal movement all around... you know it when you see it. And it’s part of the reason why some girls get the reputation of being a little cold sometimes. It’s just how it is.

So what does that mean for you? It means that if a girl is smiling, lifting her eye brows, making eye contact and essentially... lifting up facial expressions with the classic signs of unspoken interest it’s because she’s determined that you’re a good guy she can trust enough to let her guard down.

Alright now this one’s a classic. While repeated and prolonged eye contact is obviously a great sign, there’s one other well-known totally subconscious giveaway that a girl is into you. And it is... “The laugh and look” or what we like to call it “the auto look”.

Here’s how it works: The next time you’re in a group with a girl, see if you can spot where she looks when something funny happens. If it’s you who she looks at, that’s her instinctively choosing you to share a fun moment with.

This is a body language phenomenon that’s been pretty well documented by psychologists, people in a group look to the person they feel most comfortable with. Which makes this one of the most valuable signs of interest there is.

Have you ever wanted to talk to a girl, but found that there were literally too many things stopping you from getting to her? Maybe you wanted to sit and talk to her, but her bag was in the chair. Or maybe you were totally planning on a to go say hi, but it was just too crowded.

Well, girls actually interpret obstacles the same way you do, so if a girl likes you, she’ll make things easy and remove any barriers between you and her.

So if you find that you suddenly have a clear shot, and it seems like she’s been watching you too, it’s because she has been and she's cleared the way for you to come over.

Girls do their best to make sure they’re seen as “normal” girls by most of society… and if you ask any one of them, you’ll find out it’s pretty exhausting and they love a guy they can be their normal, weird selves around.

Now, not every girl is a total goofball, but most girls will eventually relax when they’re around a guy they feel comfortable with. In fact, if you start spending time with a girl you like, you’ll probably find that she (hopefully in a good way) is a lot weirder than she lets on. And if that happens, you know for sure it’s because she instinctively senses that she can be herself around you.

1. She Turns Up Your Volume

“Huh? What was that?”... If a girl can’t seem to avoid tuning you out when you’re talking, unfortunately that ship has likely sailed and you should probably just move on.

On the other hand, if she seems engaged, asks questions and is eagerly invested in your every word, congratulations, you’ve successfully captivated her. And if you ask us, there’s no better sign of subconscious attraction than if a girl just can’t get bored with you... and wants to hear more.

If there’s one single sign that often gets misinterpreted as playing “hard to get” it’s the lack of eye contact. Now, there’s a lot of conflicting information out there on this one.

Here’s how you know. If a girl is simply not making eye contact, it’s because she just doesn’t register you.

Duh, we know. Basically, she doesn’t even know you’re there.

It’s not that she dislikes you, but you just haven’t been given the opportunity to make an impression... yet. There’s still a chance. However, if she DOES notice you but doesn’t look back at you again, you unfortunately are off her radar.

No big deal though, cut your losses and move on because there’s always another opportunity to make a lasting, subconscious impression on a girl.

Those are the 12 subconscious signs of attraction that you can look for any day of the week.

And while you’re here, why not check out these other powerful videos?

These are two that have helped thousands of other guys to get girls interested in them. 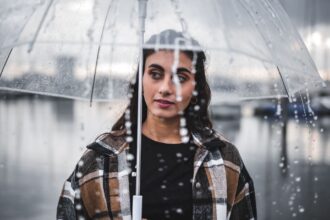 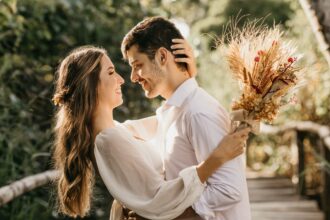