Today, we are showing you 11 AMAZING body language attraction tricks to attract women.

Plus because we want YOU to be sure that YOUR body language isn’t sending off the WRONG signs, we’re also showing you the 1 HUGE body language mistake that instantly turns women off.

Note from the editor, Kyle: Big thanks to Vincero for partnering with us to make this post/video possible. Vincero Watches are bold, luxury watches that I personally use and love. If you want to use body language to attract women, I highly recommend it.

These tricks are powerful, because they work to INSTANTLY attract women. And, the best part about them is that most aren't hard to implement... because, really, most of them aren't complicated. They're simple, small changes... that have a big impact.

One thing that guys don’t often think about, is how they position themselves when they’re talking to (or even just looking at) a woman.

Think about it like this: If you’re talking to a woman and standing directly in front of her, does that really seem like something that would make her comfortable? Not really, right?

Even though it’s important to convey confidence in your stance, a girl isn’t going to care about your confidence if you just make her uncomfortable. So instead of aggressively positioning yourself directly in front of a woman, start by talking to her from an angle off to her side and letting her move to be in front of you.

It’s true. On average, most women like guys who are taller. But what they don’t tell you, is that they’re also instinctively drawn to guys with confident and strong posture. Because while they may like height, one thing that they dislike no matter how tall a guy is, is when a guy holds himself in a weak and unconfident way.

Now that doesn’t mean you should try to strut around like Conor McGregor, but if you make a conscious effort to lift your chest, relax your shoulders and hold your head up high, you’ll appear taller and there’s no chance women won’t take notice.

One thing you see from a lot of unconfident guys, is a tendency to close off their posture. There are a lot of ways guys might do this, but most commonly, crossed arms or holding something like a drink in front of them... serve as surprisingly strong signals to everybody that they’d rather not talk.

See... women subconsciously see this as a sort of shield blocking you from them. So unless you want to send extremely conflicting signals to women you approach, trying to refrain from blocking off your body with your hands when you talk to them.

Not sure if you should approach a girl OR when the EXACT right time is? Check out this video.

8. Make Sure Your Face + Body Say The Same Thing

All too often when a guy is talking to a girl, his face and mouth will be saying one thing, while his body will be saying he’s a nervous wreck. And when that happens, it’s something girls pick up on instantly.

So if you’re trying to convey confidence, pay attention to what your body is doing from the neck down, and physically turn your WHOLE body towards the girl you’re flirting with.

Want an easy way to accomplish this? Start by simply turning your shoulders to face her.

Was this one a surprise? Well stick with us because this body-language trick actually has a simple, but HUGE benefit: By checking the time on your wristwatch, it makes her subconsciously think that you have other (better) places to be.

Now, this was one of my favorites tricks from our ‘How to Get Your Crush to Like You’ video, because women, like everyone else wants what they can’t have. And so, as soon as you look at your watch, she’ll unconsciously want you to stay. Pretty cool, right?

It’s one of those basic, psychological triggers that we as humans can’t prevent. Plus as an added bonus, wearing a watch, like one of the AMAZING watches from today’s video sponsor Vincero, automatically makes you more attractive to women. See, watches attract women in a 2 VERY powerful ways:

1. Are more sexually attractive to women

Now: take a look at these two men, which one looks more stylish to you? It’s clearly the second guy, right? A watch is the quickest way to increase your clothing attractiveness, which in turn increases your overall physical attractiveness. Cool, right? 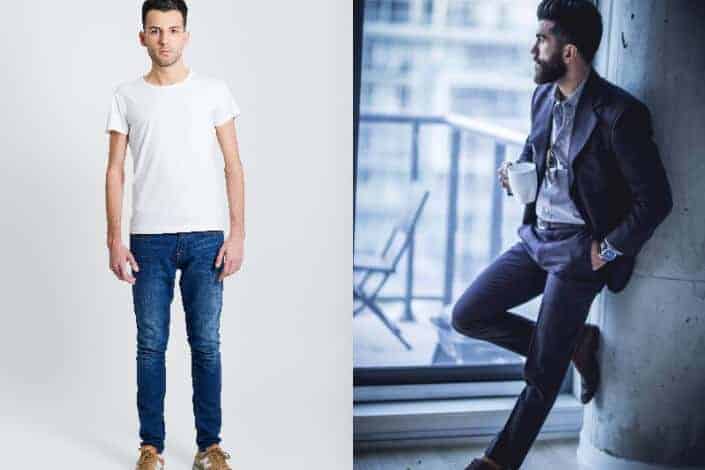 Women subconsciously make an association between men who are successful and those who wear watches. And the reason why is simple: past and present successful men wear watches: Buzz Aldrin wore one on his Apollo 11 mission. Martin Luther King Jr. wore one when he met President Johnson. Larry Ellison wore one during an Oracle keynote. By wearing a watch you link yourself to history’s great men (like MLK, Buzz, and Larry).

In short guys: a watch is one of the EASIEST ways to be more attractive to women. And, while we recommend today’s video sponsor Vincero, because not only are they affordable, but are also a proven watch that women LOVE... any watch that’s bold, but classic and costs more than $50 will do the trick. If you DO want to grab a Vincero watch, now’s the time. They hooked Mantelligence viewers up with a HUGE discount. Check it out in the description below… and note: the code will only work for a few days.

Hopefully, you’ve seen the movie, Walking Tall. And if you haven’t, just think about The Rock walking in ANY movie. It’s deliberate, steady-paced, and confident, right?

The fact of the matter is this: Winners walk tall and confident… and at a good pace. And just like poor posture, walking slow conveys a distinct lack of energy and direction. Which as you might guess, are NOT things women want to see.

So what should you do? It’s easy. Walk with purpose. Now of course, that doesn’t mean you should aggressively barrel through people. But when you can, just try to walk like you know where you’re going.

While not exactly body language, there are way too many guys out there quietly mumbling everything they say... and wondering why no women want to talk to them.

So just a quick reminder: If you’re talking to a girl, make the effort to fully pronounce the words you’re using. Not only will you immediately appear more confident, charismatic and intelligent but because she’ll be able to understand you, you’ll actually be able to have a conversation.

And as a bonus tip: Add inflection to your words. The reason why: It makes you, and what you have to say appear CONSIDERABLY more interesting.

4. Use THIS Simple Trick to Make Her Smile

At this point, this one should go without saying. But if you want a girl to smile at you, you have to do this ONE simple thing first: SMILE AT HER. It’s a simple body-language trick, that you probably already knew, right?

So… to make it more effective, focus on smiling at these two times:

3. Put Your Hands In Front of You

Just like it usually makes police offers more comfortable when you show your hands, it also makes women more comfortable. Why? Because it literally, and figuratively, shows you’re not hiding anything.

Think about a guy with his hands in his pockets as he talks to a girl, or the guy who puts his hands under the table. Do you think that displays confidence?

Now that doesn't mean you can't EVER put your hands somewhere more comfortable, but if you're in the habit of taking your hands out of sight, try to stop... and be amazed at how it instantly makes women way more comfortable around you. What if I told you there were MORE habits, you can do, that naturally attract women? Well, there are, they’re like cheating, and we’ve got a whole video on them.

2. Win THE Most Important Flirting-Game

What game? The “eye contact game”. It’s about immediately accomplishing two important steps: Showing you’re not afraid ...and letting her know that she’s in charge.

Here’s how it works:

At first glance, hold eye contact for as long as possible, but before she looks away, you look away first. For best results, you’ll probably need to learn to do this automatically. But without a doubt, this intriguing eye contact trick does wonders to get a girl’s attention and put her at ease. Want more flirting tricks, to make flirting dramatically easier? We got ya!

1. Above ALL… Mirror Her

If you’re a subscriber, you’ve heard us talk about the tactic of mirroring before. But here’s the thing: What may be one of the most misunderstood tactics in body language flirting, is also one of the easiest to do... if you can do it naturally.

Here’s how it works: By very subtly mimicking a woman’s body language or movement, you subconsciously build familiarity and make her feel more comfortable around you. And the best part, is that mirroring is actually something you’ll probably do naturally... so if you notice yourself crossing one leg when she crosses hers, or doing something like scratching your head when she fixes her hair that’s the organic kind of mirroring that really makes an amazing impression.

The #1 Body Language Attraction Trick That Guys Routinely Get Wrong

Earlier, we told you that if you want women to see you, you need to stand strong and be open in your posture. And while posture is undoubtedly important, going overboard on it is the #1 thing we see guys doing wrong.

Usually it looks like this: Instead of employing a strong but relaxed position, a lot of guys puff up their chests to make themselves appear bigger. And while that might make some guys look a tiny bit bigger to some people, what it definitely does not do, is make a guy look confident to women.

If you enjoyed this video, give it a thumbs up and don’t forget to click and subscribe.

And while you’re here, why not check out these other awesomely informative videos?