This article is a list of hard Christmas trivia you can use at your next Christmas party.

Christmas is the perfect event to spend time with family and friends, and playing Christmas trivia quiz keeps the spirit alive.

I love trivia, and I know a lot of Christmas trivia questions.

Trust me. If you love a challenge, these hard Christmas trivia are your best bet.

Let's dive into it.

Do you love and know a lot about hard Christmas trivia? This quiz will show you how much you really know:

These are the absolute best ones we found! If you're looking for a good Christmas trivia question, then there's nowhere else to look.

Here are the 3 best hard trivia:

1. True or false: There was once a real-life Santa Claus.

True. He was the Christian bishop Saint Nicholas.

Saint Nicholas was an early Christian bishop from the city of Myra in what is now Turkey. He performed numerous miracles - hence the nickname Saint Nicholas the Wonderworker. However, he was most famous for his secret gift-giving, becoming the prototype for Santa Claus. 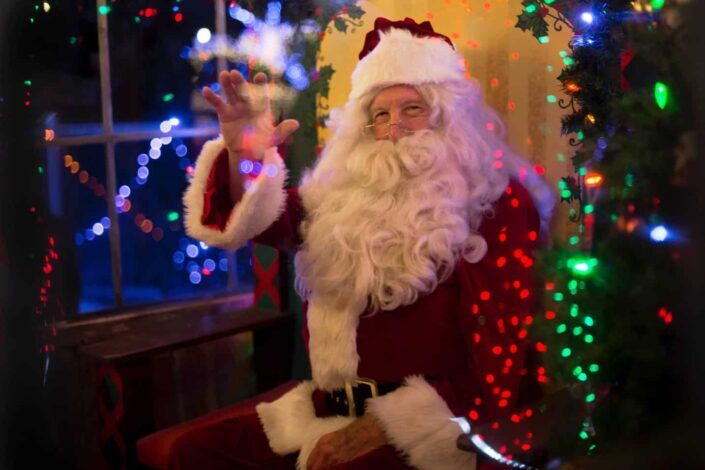 The original gingerbread recipe mixed ginger with sugar, breadcrumbs, rosewater, and ground almonds. In the 16th century, English cooks swapped the breadcrumbs for flour and added sweeteners and eggs. The first gingerbread cookie goes to Queen Elizabeth I, who would gift visiting dignitaries with gingerbread men made in their likeness.

3. Which song was initially written for Thanksgiving but then became one popular Christmas song?

The classic Christmas tune was written in 1857 by James Lord Pierpont for a local Sunday school's Thanksgiving program. The song became so popular that people sang it again during the holidays. It became a favorite Christmas music. We all love this classic Christmas carol.

Merry Christmas! Kids love this holiday. Coming up with trivia for kids can be tricky. You want to make sure it is accessible, relatable, and entertaining. Lucky for you, we've got you covered! Make them feel the holiday spirit with your Christmas special: a Christmas game that's challenging enough for the kids. And we've got more than Whoville for you.

Here are 3 hard questions for kids:

4. What's the name of the Kevin watches in Home Alone?

5. What is the Grinch's ill-treated dog's name?

According to a fan theory that went viral in 2018, Max was a puppy someone got as a present. Max's original owner got bored with him and threw him in the trash, where the Grinch later found him.

6. What's the highest-grossing Christmas movie of all time?

The 1990 holiday classic grossed $476.7 million worldwide, making it the best-selling live-action Christmas movie. The highest-grossing animated Christmas movie was the 2018 release of The Grinch, which starred Benedict Cumberbatch as the Grinch's voice.

3 Hard Trivia About Christmas That Are Completely Random

What do you say to some random trivia to spice things up? Make it a Christmas tradition to have a trivia game with random questions.

7. What Christmas was initially made from strands of silver?

Well, isn't that fancy? It's also true - back in the 1600s, the residents of Nuremberg, Germany, would decorate their trees with strands of real silver. This served a dual purpose: it reflected the light, making the whole tree sparkle, and it told everyone you were wealthy!

8. Why do we kiss under the mistletoe?

Because the ancient Norsemen associated mistletoe with their goddess of love.

They went like this: mistletoe was sacred to the goddess of love Frigga. One day, the trickster god Loki fatally wounded Frigga's son with an arrow or spear made from mistletoe. Fortunately, Frigga was able to revive her son under a mistletoe tree. She decreed that anyone standing under the mistletoe is entitled to protection from death and a kiss from then on.

9. Who was the movie star turned to sing during Christmas 2001, scoring a number-one hit single across the world in a duet with pop star Robbie Williams?

The duo's cover of the classic tune "Somethin' Stupid" - originally recorded by C. Carson Parks and his wife in 1966 - reached the top of the U.K. Singles Chart in 2001.

10. What much-reviled Christmas edible is known for its long shelf life?

Fruitcake is made with nuts, dried or candied fruit, and spices. If you're feeling a little fancy, you can add some alcohol and icing. The dessert is quite delicious but got a bad reputation after mass-produced, cheap fruitcakes flooded the market.

11. What should be eaten on each of the 12 days of Christmas to ensure good luck for the year ahead?

This tradition probably has to do with the fact that back in the middle ages, only the rich could afford mince pies. They were something of a symbol.

12. What bird was skinned before roasting, then put back together again, complete with feathers, to take pride of place at a Tudor Christmas banquet?

A peacock meal served as a display of power, wealth, and extravagance in medieval England. However, the meat was notorious for its distinctive flavor and was even ridiculed in Old English texts.

3 Christmas Movie Trivia Questions That Are Not So Easy

Are you a die-hard movie lover? If so, you should love these Christmas quiz questions about the stuff you love to see on screen.

13. Legend had it that Kevin's neighbor in Home Alone killed people with?

Early on in the movie, Kevin's brother Buzz scares him with a made-up tale about the old man: in the 1950s, Buzz said, Old Man Marley killed his whole family and half the people living on his block with a snow shovel.

14. What did Harry Potter get for Christmas in his first semester at the Hogwarts School of Witchcraft and Wizardry?

You may be able to buy your very own, real-life invisibility cloak soon: in 2019, a Canadian camouflage company patented Quantum Stealth, a light-bending material that can make objects invisible.

15. Christmas was all around in the British ensemble comedy Love Actually. But who played the U.K. Prime Minister who fell in love with a member of his staff (Martine McCutcheon)?

Fun fact: While Hugh Grant enjoyed making Love Actually, he loathed filming the dancing scene with passion. His resistance to dancing seems to have decreased since he did a much fancier dance number in Paddington 2.

Here is a downloadable and printable jpg/pdf list of hard Christmas trivia (right-click the image and select Save Image As...):

Christmas only happens once a year, so you better get your trivia game on. Here's what you need to know if you're planning a Christmas trivia night.

How can I organize Christmas trivia during our Christmas party?

Now that you have your Christmas trivia ready, your next step is to send out a notice to your family and friends that you'll be hosting a Christmas trivia night. Then, define the rules of the game. Do you want to divide them into teams? How many points is each answer worth? Lastly, prepare your prizes! Prizes make the night even more exciting.

What is the best scoring system for a Christmas trivia game?

Every trivia night should be exciting. Otherwise, you're just exchanging questions and answers. To keep the momentum going, organize your Christmas trivia questions from easy to hard. The rule is, if the questions get harder as the play progresses, the points per answer should increase too.

Is there any way to make Christmas trivia more interesting?

Playing Christmas trivia is already fun as it is, but you can always make it better. For example, you can ask your friends and family to come in their best Christmas costume. You can also prepare props like a mic, flashcards, or a spinning wheel to set the vibe. And don't forget cool prizes. It makes them think harder!

Why Christmas trivia is best for kids?

Who loves Christmas more than kids? They know where Santa lives, they leave out cookies for him, and they can probably name all of Santa's reindeer. Trust me. They'll go nuts at a Christmas trivia night.

How To Pick The Best Christmas Trivia That Are Pretty Hard

Need some tried-and-tested tips on choosing the right trivia questions?

Here is how to pick the best hard questions:

It's a wonderful life if you make sure you've got your facts right before sharing your trivia with other people. Don't ask about Christmas history in your trivia quiz if you're not sure.

Christmas is about love, kindness, and good cheer. Stay away from trivia that deals with heavier topics. You can stay with Santa's reindeer, candy cane, Father Christmas, Frosty, and all these safe and fun topics.

Did you enjoy our hard Christmas questions? They, for sure, are our favorite kind of holiday trivia! You can ask them by the Christmas tree with Christmas lights or insert them while telling your favorite Christmas story.