We were inspired by tip top’s video about the psychological facts about men, so we decided to make one about women.

Since we really want you to know about the psychological facts about girls, we’ll also tell you the one psychological myth about women that you should stop believing.

Here are 7 facts about women according to psychology:

Have you ever thought about how women might be mind readers? I’m sure you’ve had a woman in your life that made you think we’re mind readers.

We might think they’re just magical like that, but it’s just their intuition. It’s biological, after all.

Women are better at reading nonverbal cues, that’s according to a study in the journal psychological science. That means they already know what you need and want before you can even say it.

This is one of the best psychological facts about women because it explains a lot! Admit it, you’re not the best when it comes to how to know if a girl likes you.

You still have to come up with the best questions to ask a girl you like before you can decipher. However, women are much better at it.

Maybe it’s the years of women having to take care of a child and figure out what the baby wants. But more than that, women use their intuition to tell what their partners, bosses, friends, and even strangers, are planning and thinking of.

So the next time you’re with your crush, maybe you can compliment her for intuition instead of thinking she can read minds! She’ll appreciate it.

And you know what else she’ll appreciate? When you ask her the right open-ended questions.

Did you know that as men grow older, they have an increased interest in settling down and relationships? However, it’s the other way around for us women.

Women take more risks as they mature. Women are more motivated to help others outside of her usual friends and family once they are more mature.

This is all according to Louann Brizendine. Women are more likely to risk conflict the more they get older. They’re more open to doing more for themselves and their career. They'll probably tick off more on their bucket list in their older years.

Studies over the last 10 years have shown that there’s a vast difference between male and female brains, especially when it comes to processing pain and anxiety.

That’s why it’s so important that you know the sweet things to do for a girl because it helps ease the anxiety and stress. Understanding this difference in brain processing can be a way on how to attract women.

If you understand them deeper and do things to help them with this, they’ll be more comfortable with you. So what are you waiting for?

Fight or flight. This always happens to us when we’re in dangerous and stressful situations. It’s a very basic human reaction.

However, according to research from the University of California, women have different ways of reacting to stress or any threat. Instead of flight or fight, women respond in a “tend or befriend” way.

This means that instead of leaving the situation or resorting to physical aggression, women respond to a threat by forming strategic alliances. Sometimes even manipulating circumstances and alliances in their favor.

This means a woman befriending you or tending to you may not be one of the signs a girl likes you, maybe she sees the situation as a threat. Either way, this response from women doesn’t necessarily mean that they aren’t aggressive. They just show their aggression in different ways, like manipulating situations in order to come out of them safely.

A woman can be more easily turned off compared to men, especially when it comes to her sex drive. Sometimes you’ve probably asked is she into you because she probably always refuses you. But, worry not, that’s not always the case.

This is one of the most important facts about girls that you have to take note of. For a woman to get in the mood, there are so many things that need to be considered. A woman refuses a man’s advances because she’s upset, or she hasn’t had a good day, or simply because it feels too hot. The point is that women can be easily turned off even with the little things.

It’s because a lot of factors take a toll on her sex drive. 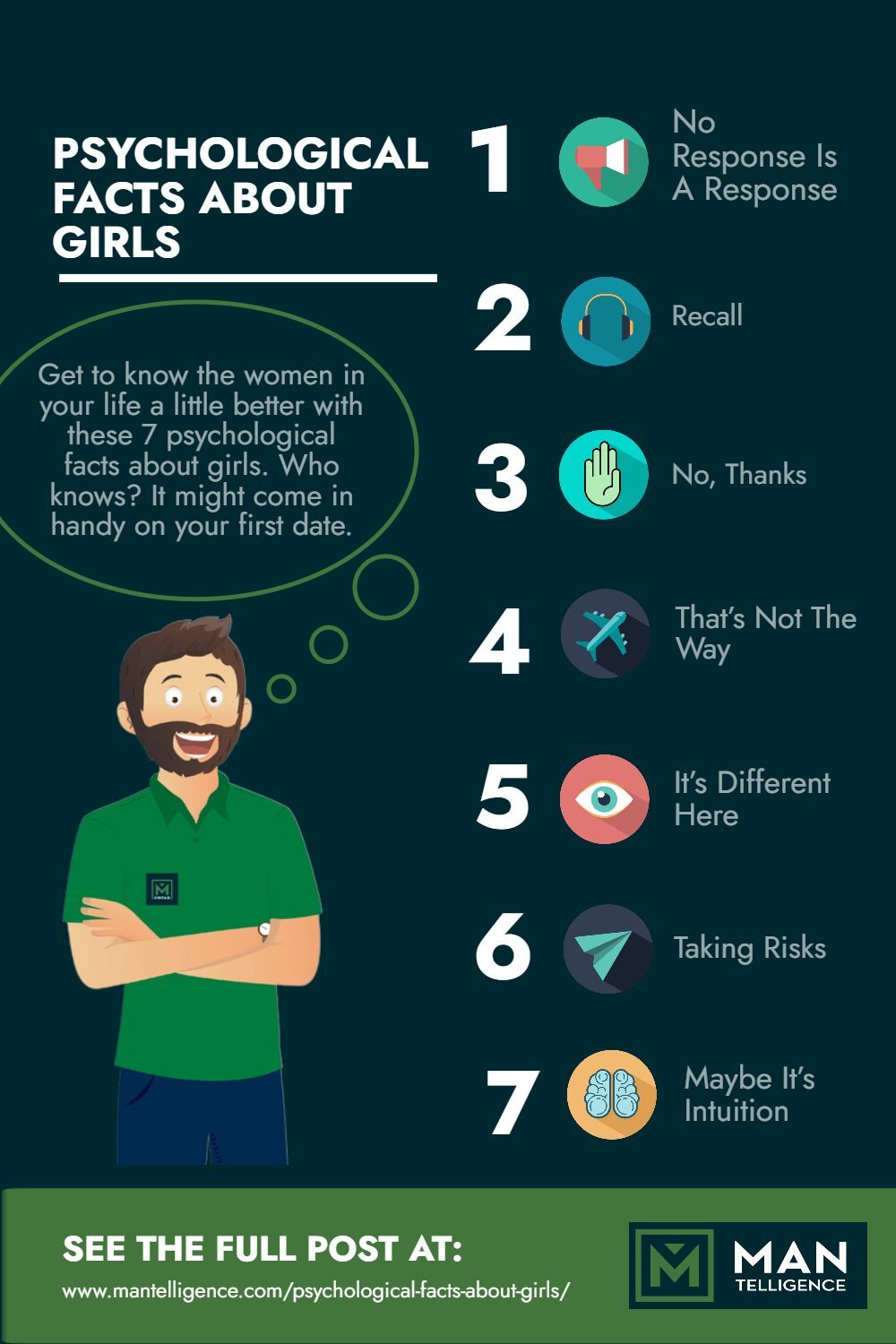 There’s so much research about this, but we just have to accept that women are better at retrieving information from long-term memory. Do you know what this means?

Yes, it’s just right that they’re able to remember specific things from years ago. They’re really better at that than us. This is just one of those facts about girls you need to know.

Don’t judge her or be annoyed at her the next time she brings up something from a long time ago. She can’t help that she’s able to remember a lot.

Women’s brains are different that way. Instead, learn how to impress a girl by accepting this fact and complimenting her on this skill. It’s a great skill, alright!

More than remembering memories from years ago, women are also better at fine motor coordination than men. These are just some things that set them apart.

1. No Response Is A Response

Trust me when I say women hate conflict. But there’s one thing women hate more than conflict and that’s someone who doesn’t respond, or if someone has a blank expression.

Since women rely on nonverbal cues, it can be very unbearable for them to get a blank expression or no response from someone. They’d rather receive a negative response than a blank one. Men don’t go to as great lengths as women do to try and get a response.

We often would get annoyed when they do, but think about it. It’s hard for them to not get any kind of response from you.

If you get a blank expression all the time, you’ll never know about the signs your crush likes you. It’s hard to decipher people as it is, it’s even harder if you don’t get any form of response. That’s why saying even a simple yes or no is one of the habits women love.

One Myth About Women

Men can be described as more emotional than women, too. It always depends on the emotion, how and where it is expressed, and a whole lot of factors.

The truth is, there’s no basis for saying that women are more emotional. Men and women really have different ways of expressing their emotions, but that doesn’t mean that one gender is more emotional than the other.

That’s it, gentlemen. The psychological facts about girls you need to know. Now you’re one step closer to approaching your crush. 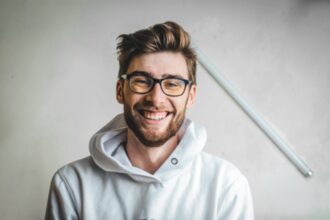