5 Worst Things That Make You Look Immature - Easily Terrify Her 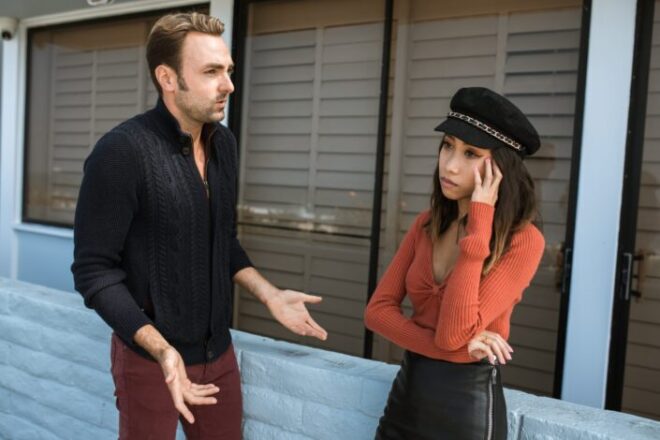 Today, we're going to show you exactly how to stop being an immature guy for long enough to get a hot date. Sometimes, there are things that make you look immature that you don't even know you do.

And we're not talking about the obvious things like lack of grooming, playing too many video games, and scratching your butt.

Ready to know what they are?

You Look Immature
One Thing
5 Things That Make You Look IMMATURE To Women (Do NOT DO This!)
Watch this video on YouTube.

5 things that make you look immature to women

We're talking about the less obvious and lesser-known things immature men do that immediately turns off 99.9% of women. And because we prefer to end things on a highly positive and instructive note, we're also going to share one of the most important things mature men do that attracts the most elusive hotties.

Here are 5 things that make you look immature to women you probably didn't even know about:

Guys, one of the fastest ways to come off as immature and turn off the girl you're interested in is so common amongst single dudes that we have to tackle it head-on. It is definitely NOT one of the tricks to get girls to chase you. Instead, it's certified hot girl repellent.

The last thing a woman wants is to agree to go back to your place and have to tiptoe around mom and dad. Or even worse and infinitely more awful, to have to MEET mom and dad.

The only thing more terrifying would be if you lived in the basement and your name wasn't really Tom; it was Norman Bates. And we totally get it. Rent is skyrocketing all over; it's getting harder and harder to make ends meet.

And that's why it's so hard to share this important fact with you. Alpha men don't live with their parents. They have their own place.

And maybe it's a totally unfair status thing that you shouldn't be judged for, but the fact of the matter is that your living situation speaks volumes about you. A guy who still lives at home with mom and dad is not a man to a woman.

It's a clear sign of immaturity and suggests that you lack the independence and wherewithal to live on your own.

Being single and living on your own can be challenging. One of the most common questions we get from single men in our Mantelligence community is whether or not it's a turnoff to live with roommates. And the not-so-simple answer is … it depends.

Fellahs, if the budget is tight or you live in a high-rent area, get some respectful roommates to share the burden if you need to. 'Aint no shame in the game. Having roommates is totally acceptable as long as you choose the right people.

The wrong roommates can spell disaster for your love life.

And the right roommates - respectable, neat, tidy, gainfully employed - can actually boost your maturity level and make you more attractive to women, especially if it's part of your short or long-term financial plan to save money.

But on the flip side, the wrong roommates can absolutely ruin your chances with any girl. Messy, lazy roommates will lead to a dirty, cluttered home. And guys, there are no amount of high-level alpha male body language tricks to overcome the bad impression of a nasty home.

To a woman, it just reeks of male fraternity and immaturity. In fact, this goes for any living situation. Whether you live alone or share the rent, the way you maintain your humble abode is just as important as your personal style and grooming habits.

So here's the solution: try to keep a neat, tidy, and super cool man cave. Interested in some tips on creating a badass man cave that women will love? Check out our home design blog for men over at The Golden.

via: Pexels / Cup of Couple

Guys, let's circle back to the fact that savings accounts are sexy because it has to do with the next sensitive item on our list.

If you're looking for one of the main reasons girls think you are unattractive, we've found it. And this isn't about the shallow pursuit of money for the sake of money. We're not talking about how many zeros are padding your bank account, or how expensive your threads are, or what kind of car you drive.

Guys, we're talking about some primary financial discipline. The lack of it is a huge red flag for any woman and a surefire sign that you're probably tracking pretty low on the maturity spectrum.

Admittedly, it feels a bit strange to quote the good book at this moment, but it was King James who once wrote, "When I was a child, I spoke as a child, I understood as a child, I thought as a child; but when I became a man, I put away childish things."

Guys, struggling or being broke can be an unfortunate part of life. We all go through it from time to time. It builds character. But being irresponsible with the money you have is a telltale sign that you probably lack discipline in other areas of life, too. And it's one of the main things that make you look immature to women.

Now that you're practically an expert at NOT coming off as ridiculously immature to women, don't forget that at the end of this video, we're going to share one of the essential things mature men do that really drives women crazy. So stick around 'til the end for some must-have advice.

Let's get back to the last 2 items on our list.

Fellahs, in the age of information overload, we're constantly inundated with examples of men being men, and the problem is that not all the examples we see are the right ones.

There is clearly a major resurgence in masculinity in the media. The hard-drinking, never-back-down cowboy type has been reinvented and rebranded over and over again. Pair that with the explosion in mixed martial arts and the UFC; grown men are running around throwing fists like boys on the playground.

Once an amazing fighter and athlete to be somewhat admired, Conor McGregor now finds himself repeatedly in the media spotlight for bullying and fighting outside the ring. Fellahs, here's the truth. That kind of behavior is one of the things high-value men never do.

In fact, it's one of the fastest ways to drive off your crush and turn off any woman. And that doesn't mean you can't be physically fit or an expert assassin with your jiu-jitsu skills. But there's a vast difference between being a hot-headed bully and a fully capable, physically fit man.

Henri-Louis Bergson once wrote, "Think like a man of action, act like a man of thought." Real alpha men don't act aggressively, and they don't bully others into achieving success. And here's why.

High-value men have the self-confidence to know that they don't need to posture or display their strength or abilities. Immature guys who lack adequate self-confidence feel the need to puff up like a rooster and use intimidation. Because just like the rooster who tries to puff up to appear bigger than they really are, immature men who rely on bullying and intimidation are actually just little chickens deep down.

And it's safe to say that most women prefer to eat chickens, not date them.

Sometimes, guys can come off as really immature and unattractive to women without any specific action or behavior. Often, it's just a guy's words that can cast him in a terrible light. And because it's a little more subtle and seemingly harmless, this is actually one of the most unattractive things guys don't know they do.

And this is because our words and how we speak about others are symptomatic of how we think. Simply put: an ugly and dirty mind creates an unattractive man. Not convinced? Consider this?

Keanu Reeves is an incredible man who has simultaneously been dubbed both the most badass assassin AND the nicest, most humble guy in Hollywood. Can you imagine him talking smack about another guy? Of course not. It just doesn't happen.

Because it's another one of the things high-value men never do. The most admirable and successful men that women find most attractive tend to display a certain pair of traits. And those traits are unwavering humility and kindness.

So in your pursuit of being the most amazing and mature man you can be that any woman would love to be with, don't forget to be mindful of your words as well as your actions.

The One Thing All Mature Men Do that Drives Women Crazy

Now that we know the main things that make you look immature to women, there's one thing you CAN do that can catapult you into mature manly status. And as the saying goes, there just 'ain't nothin' better than "a man with a plan."

And there's no surefire way to drive off a girl faster than a dude with no life plan. And guys, we get it. You're laid back. You go with the flow. You have faith that life will carry your positive nature and wholesome intentions to bigger and better things.

Shucks, they probably will, but 99.9% of women want to know that you have some vague destination in mind. Because life is like a road trip. If you don't know where you're going, you're probably lost. And if you've ever been lost on a road trip with a fine woman, you know it's a nightmare that you need only experience once.

Now, that doesn't mean there's only one way to get there. Guys, your life's roadmap can be as technically detailed or as haphazardly scribbled as your heart desires, But mature men, the kind of men women want to be with, have a vague idea of where they're headed.

Those are the things that make you look immature to women AND the one mandatory thing that all mature men have in place. Never forget everything we've mentioned and you're good to go.