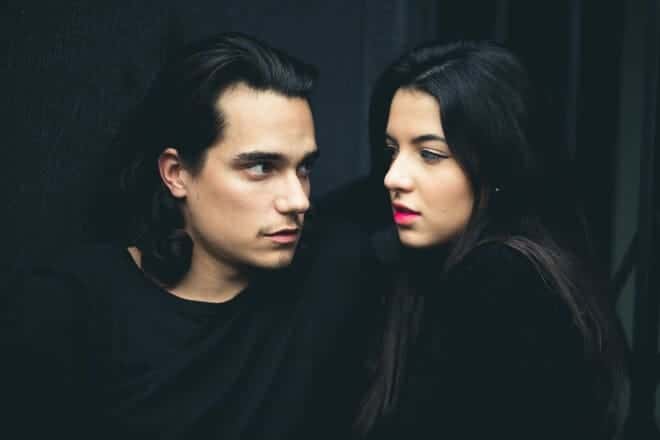 Gentlemen today we’re sharing with you 7 unattractive things guys don’t know they do.

Because while you may be great at talking to girls... The things you actually do might be telling an entirely different story. That’s because sometimes, we all do unattractive things and don’t know it, which, for single guys, makes women second guess them, or leaves them entirely uninterested.

If this is you, don't panic. Because with a little help, you can identify exactly what unattractive habits you might unknowingly have.

Note from the editor, Kyle: Big thanks to Sheath Underwear for partnering with us to make this post/video possible. Sheath Underwear are the best men's pouch underwear that I personally use and love. If you want to stop having a swampy ass and be attractive to a girl, I highly recommend it.

7 Unattractive Things That Guys Don't Know They Do
Watch this video on YouTube.

You can project as much alpha male body language tricks as you’d like... But just because you’re confident doesn’t mean you’re worth a woman’s time.

Why? Because with great confidence comes great responsibility… To not be a jerk about it.

No woman likes a man that thinks he’s better than everyone else (even if he is), and it’s embarrassing for her to be associated with someone with such a big head.

Don’t get us wrong… You should be proud of yourself and your accomplishments. But pride is best served up with a side of humility.

You’ve heard it before: “For the love of money is the root of all kinds of evil.” And when it comes to dating, this quote is actually spot on. That’s because bragging about money is one of those things guys do that girls hate.

So avoid talking about how much money you make with a girl. She doesn’t care.

Of all the unattractive things guys do that they have no idea about, sweaty butt might be the most embarrassing to learn you have.

Sweaty butt or, swamp ass, as it’s known, is due to having a dense collection of sweat glands located around your butt.

There’s no easy way to put it, sweaty butt is a legitimate problem for a lot of guys. Through no fault of their own, not only do some guys literally sweat through their pants, they can also leave a sweat print wherever they sit. Probably not what you had in mind when you said you want to leave your mark on the world.

If you’re one of the many guys afflicted by swamp ass, there are a few things you can do:

And third, stop it before it starts by wearing the right kind of underwear.

Sheath Underwear  was designed with the swamp butt in mind. Sheath works its magic by using a clever design that gives your contents some room to breath. By combining airflow and moisture-wicking fabric you’re given a fighting chance against sweaty butt while also sporting a pair of stylish chonies that look good on anybody. 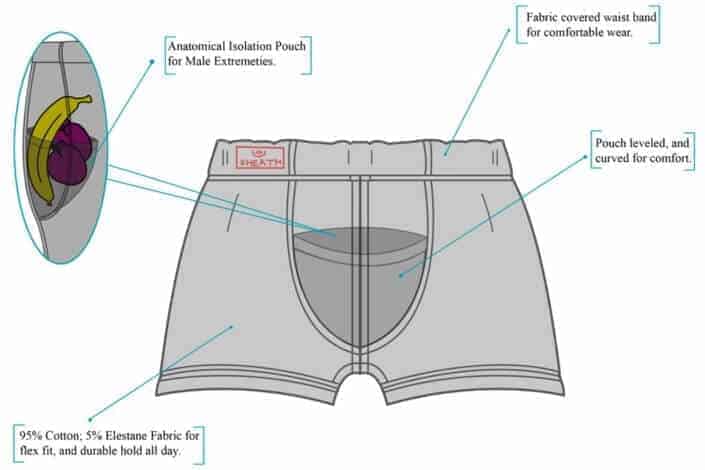 Sheath came through with an amazing discount that’s available for a limited time. If you want to grab a pair of advanced underwear, use the link in the description.

You ever wonder why nice guys finish last?

We’ll be blunt: It’s because they’re insecure. And being insecure is one of the most unattractive things guys don’t know they do... But it’s all they know how to do.

Thankfully, there are ways to fix it. Start by making decisions instead of doing “whatever you want, babe.” Because as you know, confident guys who know what they want, almost always get the girl.

So find value in yourself, speak your mind, and improve yourself every single day. In doing so, you’ll avoid all the mistakes nice guys make, and slowly but surely, start appealing to women. We promise.

This is Ryan. On Monday he tweets “Why are babies so noisy this early in the morning???”

On Tuesday, his Facebook status reads: “Ugghh this weather sucks.”

He’s at a restaurant on Thursday and complains about almost everything- the waiter’s attitude. The decor. The food.

With a show of hands, how many of you would like to be good friends with Ryan? Nobody? That’s not a surprise, because women don’t want to be good friends with Ryan either. And if you’re anything like Ryan... It’s time to look at the brighter side of life, and keep in mind that the grass is greener where you water it. Because negativity is repulsive (especially to women).

So avoid it at all costs. Negate negativity by defining your core values and discovering what’s important to you.

Every single guy in the world has gotten really excited about a girl, and then immediately ruined it by turning into a Stage 5 Clinger.

We get it though… It’s exciting when a girl likes you... but if you want it to work you have to keep your mind occupied, and expectations in check, otherwise you’ll spook her off.

So play it cool and be Casper the Friendly Ghost instead of Jasper the Clingy Ghost. As long as you can do that, you’ll haunt her thoughts instead of the other way around.

The last ugly thing that guys unknowingly do is something we’ve talked a lot about, without ever calling it what it is: Being out of balance.

Life is a balancing act of a million things coming at you at once, and if you’re full of self-loathing, or full of self-pride, how do you expect to make room for someone else in your life?

Balance is key in every aspect of your life, and not having that balance... Will make it harder for you to create meaningful relationships.

So avoid going too far in either direction by either beating yourself up all the time, or being too self-absorbed to let someone else in.

Those are 7 Unattractive things guys don’t know they do.

And while you’re here, why not check out these other powerful videos? These are perfect follow-ups to today’s vid.