In this Dress For Success studies, we collected statistics from dozens of studies and surveys to come up with proven reasons you need to dress well.

Personally and professionally, there are dozens of reasons to dress well.

You'll be amazed at how important your clothing is to prospective employers... and prospective dates. Armed with this information, we created a list of style tips and rules for men that can help you look great in any situation.

The way you dress sends messages about who you are before anything you say or do, meaning your style is the most important tool you have in forming the first impression. Whether your goal is impressing an interviewer or arousing interest in a date, the way you dress matters... and understanding the unwritten rules of style could be key to dressing for success.

So if your wardrobe consists of hand-me-downs and clearance rack finds, it might be time to see all the benefits that come with putting effort into your style and learn about the reasons you should dress well.

For many men, work is a place where we don't think about our attire. Other than making sure we follow our company's guidelines, we don't put much effort into our dress.

As the statistics in this section show, your career might be in a much better place if you did. Check out what employers and interviewers had to say about how their employees dress, and how your dress can impact some pretty big decisions.

Chances On Getting Hired

How Your Clothes Impact First Impressions

Women Are Attracted to Men Who Dress Well

The office isn't the only place that dressing well can pay off. Our Dress For Success studies show women pay close attention to the way men dress, and choosing the right outfit can be the key to making a great first impression.

With these Dress For Success studies, you can find out how women feel about different attire and use that information to plan your outfit for the first date or a night on the town. No matter what your personal style is, you can learn how to make it work for you and use it to attract women.

Want to know how your shopping behavior compares to other men?

Keep up with current trends and habits with these stats about men's shopping behavior. Whether it makes you recognize your shoe addiction or reveals how much more every other dude is shopping, this information can help guide your purchasing decisions.

Dressing nice is half the battle, but taking good care of your personal hygiene is the other half.

A lot of men feel lost shopping for grooming products, and feel silly spending even a few minutes in the bathroom using them. But with findings from a variety of studies, the statistics below show us how important grooming is and what kinds of grooming men (and women) are into.

Use our studies to shop more boldly and feel more comfortable putting effort into your appearance. After all, it's your body... you should take some pride in it.

Your clothes impact every area of your life... whether you like it or not.

The good news is that the impact of your clothes doesn't have to be a mystery. Using these Dress For Success studies you can find out how to dress in ways that send the messages you want to the people you want to send them to.

If dressing well can lead to your success, it only makes sense that dressing badly would have the opposite effect.

As you can see from the info below, most of the biggest fashion mistakes men make come down to being lazy dressers. Use this last section of our Dress For Success studies as a guide for clearing out your closet, and the sections above as a list of items to fill that empty space.

If you've ever felt a rush of confidence when trying on a new suit or gotten up from the barbers chair feeling refreshed and renewed, you know that there are multiple reasons to dress well.

Knowing how to dress for success and groom yourself properly can make you feel more confident, competent, ambitious, and attractive... but it's not only you that feels that way. The impact your style has on your boss and your lady are two more proven reasons you need to dress well.

This Dress For Success studies is an evidence-based list of style tips and rules for men and see the impact dressing well can have on you. 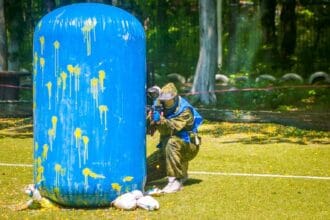