Dress Shoes 101: A Gentleman's Guide to the World of Dress Shoes

They're possibly the most important piece of clothing you can own, and much like a rug can really tie a room together, your dress shoes can really tie your professional-looking ensemble together.

But with countless styles, colors, shapes, and details, it can be confusing to delve into the wild world of dress shoes.

But the thing is... It's actually not as complicated as it looks... As long as you're not afraid to do a little reading.

Note: This post was made possible by Ace Marks, makers of stylish dress shoes, handcrafted in Italy and built for the modern gentleman.

How to Talk to Girls (and Get Her to Like You) - Say THIS and She WILL Chase You HARD!
Watch this video on YouTube.

The Ultimate Guide To Dress Shoes

This guide will help you find the right dress shoes for the right occasion and give you all the information you need to make a purchase (plus a little history lesson.)

It's a tough pill to swallow all at once, but you should typically spend $150-$400 on dress shoes. Don't let the price tag scare you though, because quality dress shoes will literally last you a lifetime if you take proper care of them.

Important Terms
Different Styles
How To Care
How To Wear

Before we talk about the different styles of dress shoes, we need to go over some important terms you'll need to know.

Areas of the Dress Shoe

We'll be using some of the terms in this diagram later in the article, so come back to it if you see a word you don't understand.

Brogueing is perforation (tiny holes) along the seams of a shoe that create an appealing pattern and add a little bit of class to an otherwise plain shoe.

Historically, brogueing was introduced in Scotland as a method of emptying water from men's shoes. Scotland is known for its marshes and rainy climate, so brogueing was a practical solution to a frustrating problem.

There are multiple styles of brogueing:

Now that you know some important terms, let's get into the different types of dress shoes.

The classic dress shoe, Oxfords are perfect for nearly any formal event or business-casual outfit and can complement a wide variety of outfits, whether formal or not.

They get their name from Oxford University in the 1800's where students favored them over other dress shoes of the time.

Oxfords are most easily recognizable for their closed lacing at the bottom of the lacing system. The lacing is apart of the main section of the shoe instead of a more pronounced separate piece.

Traditionally, Oxfords didn't have brogueing, but these days, you'll see Oxfords with plenty of it and sometimes in a Wingtip variant.

The Derby is almost exactly the same as an Oxford shoe, but with an open lacing system instead of a closed lacing system.

The Derby's lacing system has a different stitch than the Oxford that offers a wider and more sportier fit by fanning the lacing section of the shoe.

Historically, the Derby was worn in the 1850's as a hunting and outdoorsman boot, but in the 1900's became more of a shoe men would wear while heading into the city.

Originally, the Loafer (sometimes called a Moccasin) was a casual shoe created in the mid-1800's by a London shoemaker and was designed for King George VI as a house shoe.

It took roughly 100 years for the Loafer to find its place in the professional world when in the 1960's, American businessmen began wearing them with suits. Today, they've become a popular dress shoe for men who prefer a more relaxed and comfortable fit, especially while driving.

Loafers are easily identifiable for their lack of lacing and instead, a saddle, AKA a separate strip of leather stitched horizontally across the lacing area.

Some saddles have a slit, some are plain, some have a tassel, and many are adorned with a metal ornament of some sort.

Another no-lacing dress shoe, the Monkstrap is tightened via one (or two!) straps of leather that moves horizontally across the lacing area and is fastened by one (or two!) metal buckles. Monkstraps have undergone many different stylistic changes over the years, but the most modern variants can be seen here.

It is a moderately formal shoe that often has a cap toe, with occasional brogue, and commonly comes in suede or with suede sections.

As you might already be thinking, the Monkstrap shoe got its name from European monks in the 17th and 18th centuries who were in search of more protective, yet practical shoe than their oft-worn open-toed sandals.

The dress boot is often styled like an Oxford or Derby, just with a longer shaft above the ankle, and offers a strong stylistic choice with any formal or semi-formal outfit.

Sometimes brogued, Ace Marks styles theirs from a solid color leather without any brogueing for a more formal look.

The dress boot originally found prominence in the Victorian era because men normally didn't wear shoes in public because those styles were reserved for women. Men only wore boots during the day and court shoes or pumps while at home.

A tighter fit than your standard dress boot (because of the lack of lacing), the Chelsea boot is a slip-on shoe with elastic gussets on the sides that enable the wearer to don and remove the boot with ease.

The Chelsea boot is usually a single-color leather piece and is meant for more formal occasions while a suede Chelsea is more for casual outfits.

Originally popularized in Victorian England by horse-riders, the Chelsea boot found a strong resurgence in the 1960's when popular bands like The Rolling Stones and The Beatles wore them.

More of a stylistic formal choice when choosing a shoe than an actual type of shoe, nearly all dress shoes have a Wingtip variant, specifically Oxfords and Derbies.

The Wingtip is characterized by its brogue and like we mentioned above can come in a number of style brogues.

Historically, wingtips or brogued shoes were considered country footwear in Ireland and Scotland. These days, the sentiment has reversed and Wingtips are often considered more formal than other dress shoes.

A Note from the Editor, Kyle:

I met the founders of AceMarks a few years back, and was immediately impressed by not only by their amazing shoes... but also by their incredible story and legacy. These guys are a family run business... that has been in the shoe game for over 4 generations.

...And it clearly shows in their beautiful shoes. You can tell the insane attention to detail these guys have. From almost any other comparable shoe maker, dress shoes like these to cost upwards of $400... but with AceMarks are a  literal fraction that cost.

I highly recommend you check these guys. Their shoes are stylish, well-made, and truly beautiful:

How To Care For Dress Shoes

True leather dress shoes will last forever (with regular maintenance and repairs), while cheap dress shoes will have to be replaced. There's a reason Cobblers were important in the old days and still have a place in modern society.

Here are a handful of tips to help keep your dress shoes in tiptop shape:

Shoe trees are an important part of caring for your dress shoes. When placed in your shoes for an hour or two immediately after taking them off, shoe trees help your shoes return to their natural shape and size.

Shoe trees also help remove your all-day feet sweat, but only if they're unvarnished. Plus, they make our next tip a whole lot easier.

If you wear your shoes more than 3 times a week, it's recommended that you polish your shoes every 1-2 weeks. Going longer than that between shines can leave you with undesired results. This guide will show you the proper way to polish and clean your shoes.

If your shoes get too hot by sitting next to a radiator, or in your car on a hot day, or because you used a hair dryer to dry them out after you got caught in the rain, you'll cause leather to dry too quickly, which will make them crack, which will cause irreversible damage to your shoes.

Stuff them with newspaper and place them away from direct heat. The newspaper will help absorb moisture. Later, throw in your shoe trees to get out the rest. Leather was made to get wet so don't stress about ruined shoes.

If you notice your dress shoes are falling apart in some way, it's best to take them to a cobbler BEFORE it becomes a larger issue. Preventative maintenance is key when dealing with high quality dress shoes.

6. PLEASE Don't Let Them Get Stinky

Ideally, you should have 3 or more pairs of dress shoes you can wear throughout the week because, y'know... Wearing the same shoes every day will cause them to get VERY stinky VERY quickly.

If they do end up becoming odorous, change out your insoles or take them to your cobbler to have the soles replaced. If that doesn't work, you're stuck with stinky dress shoes forever.

A water-based repellent is best for leather shoes because it doesn't let the moisture inside the shoe linger, and actually allows the leather to breathe. Apply some repellant before your dress shoes' maiden voyage and then reapply at whatever intervals the directions call for.

How To Properly Wear Dress Shoes

You'd be surprised at how important wearing the proper dress shoes for the proper occasion is.

In this section we'll discuss with what outfits, each dress shoe looks best with.

Think a good outfit is all about the shoes? They're an important part, obviously, but there's more too it than that!

Hopefully this primer to dress shoes has helped you understand how to wear dress shoes, when to wear them, and which dress shoes you should buy.

Finally, we wanted to give a special thanks to Ace Marks for making this post possible. If you're looking for high quality, Italian leather shoes, Ace Marks is the way to go. 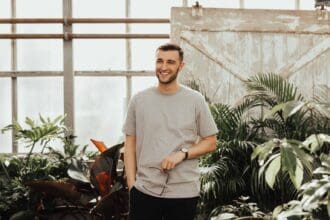 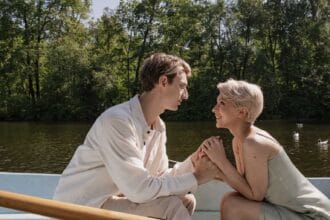 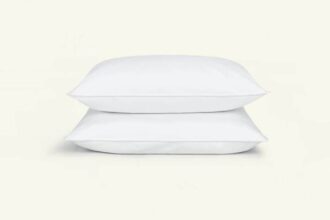 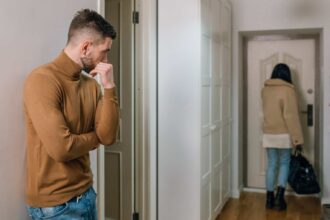 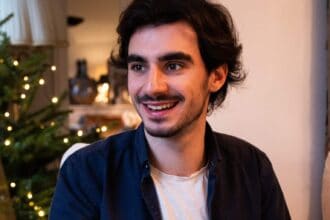 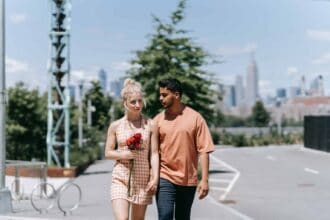 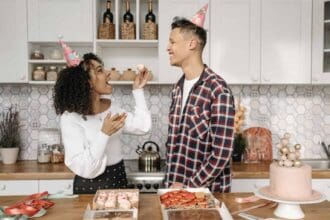 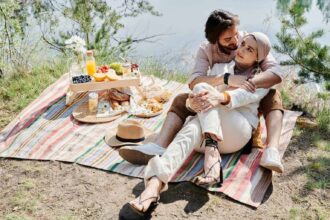 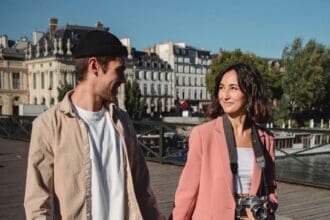