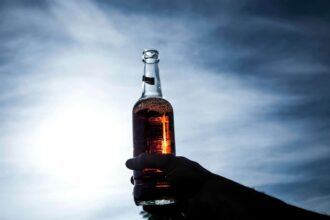 The IPA of the Month Club Reviewed – Is it worth it?

by Brian A. | About the Author

New? Start here. | This post contains affiliate links. That means that we receive a commission for purchases made on them (more info).
Share
More
Tweet
Pin

IPA lovers, imagine this: an IPA of the month club, where only the best IPAs are delivered right to your doorstep every month.

And IPA guys… you know who you are:

You’re collectors. Every brewery you visit, you sample the IPA. Every time you walk past the cooler at the store, you check to see if there’s a new IPA in stock.

Then you’re in luck, because there’s a brand-new type of beer of the month club called (yup, you guessed it) an IPA of the Month Club. In other words: no longer are your IPA options restricted to the stores and bars in your city.

IPA Club
Worth it?
Difference
IPA 101

What’s an IPA of the Month Club?

Sounds awesome, right? But surprisingly, there aren’t a lot of these monthly IPA clubs on the market… in fact, there’s only one:

The Hop-Heads club delivers a dozen microbrewed beers right to your front door, allowing you to sample select IPAs from small breweries across the United States and around the world. Below, this post break downs whether this monthly beer club is worth the price:

The Best IPA of the Month Club

The Microbrewed Beer of the Month club has been putting together great monthly samplers for more than 20 years, and is passionate about helping beer drinkers discover great beer. They have brought this passion and expertise to their Hop Heads IPA beer club, and put together a monthly sampler that would make the burliest brewmaster blush.

Here’s what you get with the IPA of the Month Club:

Microbreweries are known for their unique brews and the attention that they put into every ounce of beer. You can be sure that you will get that same unique taste and quality in each month’s Hop Heads delivery, while managing to spend less than you would on a night out at your local brewery.

With every Hop Heads delivery, you’ll get four beers in three different hoppy varieties from microbreweries across the U.S. and breweries abroad. That’s twelve beers a month from breweries you might never have come across!

Talk about building a collection.

Even though the most prominent flavor of an IPA comes from the bitterness of the hops, different types of hops added at different points in the brewing process create a rich variety of flavors.

2. The ability to sample unique hoppy styles of IPAs

These range anywhere from session IPAs to double IPAs… and even include things like hoppy lager and hoppy red ale varieties.

While you are sure to find one or two great IPA varieties at your local brewery, you can’t beat the convenience of having 36 different IPA varieties sent right to your door.

There’s a code of ethics among craft beer drinkers. The beer deserves respect and the brewery that made it deserves recognition for a job well done.

3. A deeper understanding of the craft beer code

That’s why each month you’ll receive a newsletter filled information about the IPAs you’ll be drinking that month.

Inside the newsletter you’ll find detailed beer profiles and tasting notes, helping you to enjoy each sip of your beverage by walking you through the ingredients and flavors in every beer. They make it easy to talk about great beer without having to become a beer snob. What makes the newsletter so awesome?

Click here to get the Hop Head Beer Club.

What’s the Difference between an IPA of the Month Club and a Normal Beer Club?

The core concept of a beer of the month club is basic + awesome (each month members of the club get to enjoy a dozen beers shipped right to their door). But how does an IPA of the month club differ from a normal beer club?

To best explain it, go back to where all great lessons in drinking occur: college.

Normal beer of the month clubs are like freshman year gen ed courses: you get an introduction, but don’t go too deep into the material. These clubs will send samples of a wide variety of beer types, including lagers, pilsners, stouts, and porters. They’re perfect for exploring different types of beer and adding some variety to your cooler.

An monthly IPA club is like choosing a major: you follow your passion and gain in-depth knowledge in your chosen field. With one you will still get a wide range of beers, but they will all be variations on the same hoppy theme. You’ll get the chance to refine your taste and add depth to your IPA expertise.

What, Exactly, is an IPA?

IPAs are best known for their bitterness, but that trademark taste has a fascinating backstory.

Back at the height of the British empire, Brits in colonial India wanted to unwind at the end of a long day with a beer in hand. There were just two problems. The climate in India was too hot for brewing, and beer from the breweries back home was skunked before reaching its destination.

Enter the IPA, or India Pale Ale. The large amount of hops in IPAs acted as a preservative, seeing the beverages through the long journey from England to India, and adding a bitter, citrus flavor that only improved over time.

The high hop concentration in IPAs not only added flavor and longevity to the beer, it also boosted the alcohol content.

Today’s IPAs still sport the classic hoppy taste, but come in a variety of styles and range in alcohol content. Born out of necessity, the IPA just keeps getting better and better.

Looking for More Beer of the Month Club Reviews?

If all this talk of great beer being delivered straight to your doorstep has you wanting more, check out these posts reviewing other beer of the month clubs.

This is the beer of the month club for IPA lovers.

If you’re passionate about IPAs, the Hop Heads beer of the month club has everything you’re looking for.

With every installment of this IPA of the month club you’ll be able to add twelve beers from three different microbreweries to your collection. The wide variety of hoppy beer styles will introduce you to flavor combinations you never knew existed, and because all of Hop Heads’ selections are hand crafted, you can rest assured that every bottle is made with the finest ingredients.

Plus, with food pairing suggestions and detailed descriptions of the beers and breweries, Hop Heads gives you everything you need for a great beer tasting experience but the bottle opener.

Click here to get the Hop Head Beer Club.

27 Tinder Pick Up Lines – The Perfect Lines To Make A Successful Match!

39 Great Unanswerable Questions – Ask And Get An Actual Answer, Or Not

Roborock S4 Max review – Is It Really Worth The Money?

33 Valentine’s Day Questions To Ask – Feel Love In The Air With These!