10 Proven Signs A Girl Wants You To Kiss Her (Don't Miss These!)

by Robin Sutherns | About the Author

Gentlemen, today we’re showing you the 10 CLEAR signs a girl wants you to kiss her.

And because we know you’ve either been thinking, should I or should I not make a move?

We’re also showing you one thing that will definitely let you know she’d reject your kiss if you tried.

So, to help you know how to tell if a girl wants you to kiss her...

10 Proven Signs She Wants To Kiss You (Don't Miss These!)
Watch this video on YouTube.

10 Signs a Girl Wants You to Kiss Her

Here are 10 signs a girl wants you to kiss her, plus the one sign that she doesn’t:

10. Closer In Space, Closer To Face

Imagine you’re out having fun with the girl you like and the night is going great. When suddenly, she starts inching closer and closer to you.

Now before you get too excited, this could mean all types of things. Maybe her seat is uncomfortable, maybe she can’t hear what you’re saying, or maybe it’s that she’s actually just a little cold.

So how do you know she’s ready? If she’s not only moving her closer to your personal space, but face closer to your face, that’s probably one of the good signs a girl wants you to kiss her.

It’s no secret that most people look at the things they want. Whether it’s exotic sports cars, new sneakers or donuts with sprinkles... people just can’t look away from things that would make them happy. And that goes for girls looking at guys they want to kiss.

Because before a girl will move in closer if she’s feeling like a kiss, she’ll start be looking at your lips first. And by looking, we mean that it’ll seem like she’s pretty constantly distracted, specifically by your face... it’s a tell-tale sign of subconscious interest and a prime signal that she’s doing a little daydreaming about getting closer to you.

While a girl is caught up with your lips, she’ll also be working hard to get you to pay attention to hers. And again, this is something that girls automatically do without even thinking about it.

You see, when a girl is stimulated by something she wants, she’ll start to show it. And one bold move some more outgoing women might fall back on... is slightly biting on, touching, or otherwise calling attention to... her lips.

Don’t believe it? Well actually, women drawing guys’ attention to their lips is a scientifically proven phenomenon. Most of the time, it is a part of a girl’s unmistakeable lip-gloss routine. but if you pay attention, girls that are thinking about some nearterm mouth-to-mouth contact will always make an effort to keep your eyes on the prize.

Just about every single kiss, throughout every good date known to man, has been preceded by flirtation. That’s just the facts. Flirting is serious business, it’s the gateway to other forms of connection with the girl you like.

You don’t flirt? You don’t kiss. It’s that simple. And while there are different levels to flirting if a girl is receptive to how you’re flirting with her, you’ll reach a level where everything seems easy and effortless with her. In a way, it’s sort of like the calm before the storm.

So, if it seems like you’re killing it with the chemistry between the two of you, it’s time to see about going in for a kiss.

This is one of the important signs a girl wants you to kiss her that’s especially true when a girl is feeling shy or nervous on a date. You’ll probably find that as a date is starting to wind down... things will either be looking up... or looking pretty awkward. While it’s usually pretty clear if you’ll be having a second date, sometimes all you have to go off is how she acts after wrapping things up.

So after you’ve said goodnight or goodbye, pay attention to what she does, because most likely... it’ll be one of two things: Does she immediately jet outta there without a second thought? Or does she sorta linger around for a minute, and take a look back like she might want something more?

You can bet if she’s sticking around, she’s probably wishing you made a move. If nothing else, she’ll be looking back to see if you looked...which is a classic shy girl sign that she’s into you and maybe hoping you’ll turn around for a last-minute kiss.

If you’ve seen it firsthand, you know what it is. If it hasn’t happened to you just yet, don’t worry... cause you’ll know it when you see it. It’s the look. And it’s something every girl does when she’s ready to kick things up a notch.

It’s no secret that eye contact is a key indicator of just about any girl’s interest. But the look... is something a little different. More than just eye contact that lasts a while, the look is intended to let you know that it’s time to go for it. Now, we know what you’re thinking. What if you think a girl’s look is the look, but it’s not?

Alright, it can be hard to tell sometimes. Because some girls do just tend to have those bedroom eyes... even when they’re not trying. So to help you out, here are two good ways to know if her look is actually in play.

First: If it happens within 18” of each other, she’s probably trying to reel you in. If you’re wondering, 18” is a scientifically-backed measure of personal space known as the intimate distance.

Second, if you’re ever unsure that a girl wants to kiss, but you think she probably does, all you’ve got to do... is ask. We promise, if the girl is cool, not only will she understand... she’ll probably like you a whole lot more for making sure.

Even though it might seem lowkey, girls who are planning on the possibility of a kiss do what they can to always be ready. So if a girl puts on more lip gloss, pops a breath mint or asks you if you have any gum... those are all signs a girl wants you to kiss her. And if she offers to share her gum with you? It doesn’t necessarily mean that you have bad breath... it could easily be her way of letting you know to get ready for what’s next.

As you’re hanging out with a girl, you’ll probably be thinking about (if not trying) to get as close as comfortably possible. Most likely, the way it’ll happen will be slow and careful, which is usually the best way to play it.

It might begin by scooching closer and closer, giving (and receiving) light contact on early-in-the-date touchpoints like the arm or shoulder, and of course: Always trying to put your arm around her in a way that she likes.

By engaging in easy but escalating contact, you get to constantly test the waters and see how she’s feeling. However you do it, if she doesn’t seem surprised or uncomfortable by these kinds of moves, in other words, if she lets down her defenses around you because she’s comfortable... it’s probably pretty safe to say she wouldn’t mind you going for the kiss.

Maybe you’re watching a movie, maybe you pass by another couple kissing on the street, or maybe she’s being bold and talking about what if the two of you kissed.

Short of coming out and telling you to kiss her, talking hypothetically and playfully about the two of you kissing... is the best sign you’re going to get that she’s ready for you to make a move.

1. She Doesn’t Take The Exit

During the time that you’re hanging out with a girl, she’ll have numerous chances to make a quick exit from the date and if things aren’t going well, she’ll take almost every one of them.

No, we’re not talkin’ about running for the door. While a girl always has the option to bail on a bad date, most of the time they’ll avoid the awkward situation and run out the clock by paying attention to her phone.

On the other hand, if she ignores her phone when it goes off and seems into what you’re doing, that’s probably because she likes where things look like they’re headed with you.

Now we should say, that just because a girl has her phone around doesn’t mean you’re out of the running for a kiss... but if she’s not distracted by it in the slightest, that’s one of the compelling signs a girl wants you to kiss her.

As promised... here’s the one sign that a girl DOESN’T want you to kiss her.

Earlier we talked about how a girl will move in if she wants a kiss... the reason for that is literally so it’s easy for you to kiss her. Which stands to reason that if she’s backing away from you, she’s doing what she can to remove even the possibility that you’ll go for a kiss.

Keeping a distance is just about the only thing a girl can do to make sure an attempted kiss doesn’t happen. And for just about every normal girl out there... it’s the number one thing she’ll do to signal that she is NOT ready for a kiss.

Those are the 10 signs a girl wants you to kiss her, plus the one sign that she doesn’t.

Guys, be sure you don’t miss your opportunity to kiss her, because you often ONLY have one! Got it? 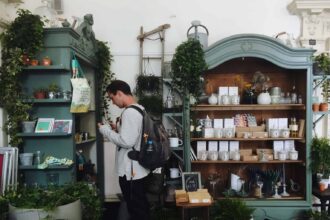 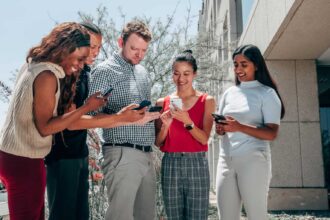 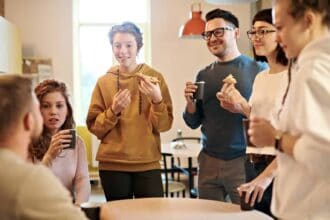 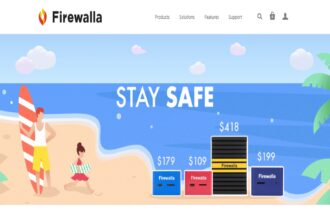 Firewalla Gold Review - Is This The One You Need To Be Content & Safe?