What is Scotch: A Primer to Scotland's Whisky

A wise man once said, "I love scotch. Scotchy, scotch, scotch. Here it goes down. Down into my belly. Mm mm mm."

Okay Ron Burgundy might not have been wise, but he definitely knew a thing or two about scotch.

So what is scotch?

On its most basic level, scotch is a specific type of whisky that comes from Scotland and has extremely deep roots in the country. As evidence of this, Scotland has more whisky distilleries than any other country in the world. Considering the relative size of Scotland, that's pretty impressive. The word whisky even comes from the Scot's Gaelic word "usquebaugh" meaning "water of life".

So let's dive in and learn everything you need to know about scotch whisky: the water of life.

What is Scotch?
How Scotch's Made?
Types of Scotch
Brands of Scotch
For Beginners
Good Cheap Scotches
Most Expensive Scotches

The Ultimate Guide to Scotch

So since we're talking about scotch, which comes from Scotland, it's spelled whisky. Next, this is a pretty long and in-depth article that will teach you everything you the ins and outs of scotch.

Like I said above, scotch is basically a whisky that comes from Scotland.

Now, this is true from both a legal perspective and a practical one.

First, legally speaking and according to the Scotch Whisky Regulations of 2009, to be called a scotch the whisky must:

Now from a practical perspective, scotch only coming from Scotland is also true. As you'll see in the next section, the country's geography has such a huge impact on the whisky's flavor that it would be very difficult to make a scotch style whisky outside of Scotland.

What is Scotch Made of and How is it Made?

To understand what scotch is made of, it's helpful to have a basic understanding of what whisky is made of. Whisky is basically alcohol that's made from grain. This means that whisky is more or less just a distilled version of beer.

What makes scotch different from other whiskies is the way it's made and the ingredients that are used to make it.

By legal definition, scotch must be made partially from malted barley. Other cereal grains, such as corn, can be added, but they must be whole (meaning not malted).

There are 5 stages of making a scotch whisky: malting, mashing, fermentation, distillation and maturation.

During the malting process, barley is soaked in tanks of water, known as steeps, for two to three days. After it's been soaked, the barley is spread out over a concrete floor, known as the malting floor, and allowed to germinate for 8 to 12 days.

While the common definition of scotch is that it is smoky, not all scotches carry this quality. In fact, some scotches are even fruity or floral. 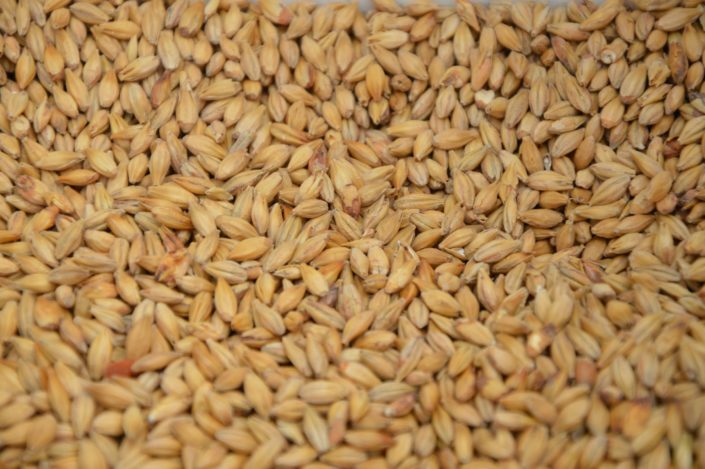 Next, the now malted barley is sent to a malt mill where it is ground into a mixture known as grist. Hot water is added to the grist and is stirred for a period of time. Next, the leftover solids are drained out to produce a sugary liquid, known as wort.

During the mashing process, starch in the malted barley is converted into sugar. This is hugely important as it's this sugar that will be converted into alcohol in the next step.

Fermentation is a process where a bacteria or yeast converts sugars into acids, gasses and/or alcohols. This means that it is during fermentation that distilleries create an actual alcohol.

The wort that was created in the mashing step is cooled and is sent to large vats. Yeast is then added to the mix and the process of fermentation begins. The added yeast attacks and eats the sugar that was in the wort and coverts it to a crude alcohol.

The entire fermentation process takes about 48 hours. The end product is a liquid with a low alcohol strength known as the wash.

Next, the fermented wash is poured into copper pot stills. The wash is heated until the alcohol in the wash becomes a vapor and rises. This vapor is collected and condensed into a liquid state. 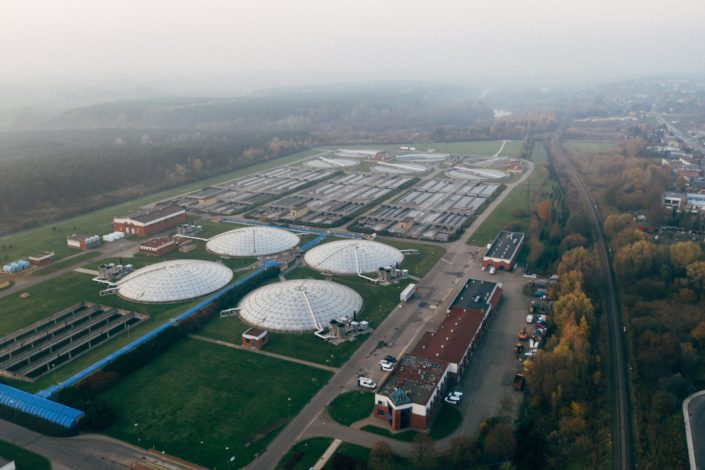 Scotch is usually distilled twice, once in a large wash still and once in a smaller spirit still.

The distilled spirit is added to oak casks and is matured for a minimum of three years. The oak casks that are used are rarely new. Scotch is often matured in casks that were originally used to mature bourbon or sherry.

For every year that the scotch is left to mature, roughly 1-2% is lost to evaporation. This loss to evaporation is known as the angel's share. 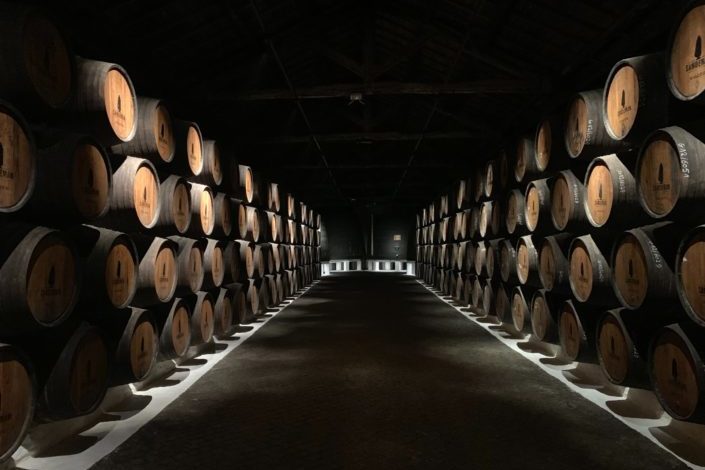 The angel's share is part of why older bottles of scotch are so expensive.

Scotch being matured in oak casks

Single Malts, made by scotch brands like Glenlivet and Macallan, have recently exploded in popularity.

There is a lot of confusion around what a single malt scotch is and most of it stems from the use of the word "single" in its title.

Legally speaking, however, to be a single malt, there are three criteria:

Single barrel scotches do exist, but as flavors can vary so greatly from barrel to barrel, they're not very common.

Approximately 93% of all scotch whiskies are blended whiskies. These are the more commonly known scotches like Johnny Walker, Dewars, J&B, and Chivas.

If a blended scotch has an age on it, like 10, that means the youngest scotch in that blend is at least 10 years old.

There are countless brands of scotch. Below, you'll see some of the more well known brands next to one of their more highly rated and semi-reasonably priced (under $200) bottles of scotch.

There is no one best scotch for beginners. Just like you prefer a specific style of beer, like pale ale or a stout, you'll find that your tastes will favor a specific type of scotch.

here are some reasonably priced (all around $50) scotches for beginners to try:

Those 5 scotches are all blended scotches. If you want to jump in and try a single malt, try the Lagavulin 16 Year Old. It's a little pricier (around $80), but the extra cost is definitely worth it.

Cheap is a relative term when it comes to scotch.

Like with many things, you get what you pay for with scotch. Thankfully, you can find some good cheap scotches in the $20-$40 range:

Unless you're making a mixed scotch drink, I recommend avoiding the lower end bottles like Johnnie Walker Red or Dewars White.

Most Expensive Scotches Ever Sold

The demand for scotch has been steadily increasing in recent years. This increased demand has lead distillers to release some exclusive whiskies at unbelievably high prices.

Here are the 5 most expensive scotch whiskies ever sold:

Each of the above bottles has a very interesting story behind them that you can check out in this article.

So then, what is scotch?

You could give the short answer "Scotch is a type of whisky that comes from Scotland" but as you now know, this answer is pretty incomplete. Scotch is a whisky steeped in history that you can taste with each sip.

Another wise man (Mark Twain this time) once said, "Too much of anything is bad, but too much good whiskey is barely enough." Listen to the man, get a nice bottle of scotch and explore this "water of life".