67 Best 2 Year Anniversary Gifts - Get her something special.

New? Start here. | This post contains affiliate links. That means that we receive a commission for purchases made on them (more info).
Share
Pin
Tweet
More

If you have no idea which gifts make the perfect 2nd anniversary gift, use this list as a guide to help you – whether it's for your significant other or another couple who are commemorating their 2-year anniversary – these anniversary gifts will let them know that 2 years together is 2 years closer to forever.

To give you, or someone you know, the best 2year anniversary, we've gone ahead and put together this list of the best 2nd anniversary gift to make anyone's time together cherishable.

Anyone who sees this mug will be instantly fascinated by the creativity that went into this gift.

2. A Box of Date Night Cards

A witty poke at any couple who've made it through their 2nd year together.

Get the man in your life this sweet baseball mit necklace with a personalized message.

A timeline printed on cotton fabric to highlight all the events worth remembering will truly make a sincere 2-year anniversary gift.

To add some amusement to your 2nd anniversary, get your significant other this heart-shaped toupee for 'down there'.

Give the gift of moonlight to light up any 2nd anniversary evening.

Let your girlfriend know that every year spent with her is worthy of celebration.

Gift and plan your 2-year anniversary with these dice that give you plenty of date night options.

Get her a rose, filled with cotton to make sure she never forgets this comforting mark in your relationship.

Treasure beautiful memories with this keepsake book of all the memorable moments you've been through so far.

A cotton robe to keep her cozy is as thoughtful as any other cotton anniversary gift.

Make sure she knows that every second with her counts with this sweet 2nd-anniversary card.

Why not choose a gift she could definitely use everyday?

Let her choose her own 2nd anniversary gift with an Amazon e-Gift Card – you can't go wrong with this gift.

This custom pillowcase allows you to add any photo and can be seen with a swipe to the sequins.

What better way to make a 2-year anniversary worth remembering than with anniversary DIY gifts.. Show them how much 2 years of a long-lasting relationship means with DIY gifts that you put a lot of time into.

Include the smell of fresh cotton for a true cotton anniversary.

Liven up the moment with these uniquely arranged pizza socks.

Make a hand casting of you and your significant other, or gift this to a lucky couple for an interesting addition to their occasion.

Compile all your adventures and more to come with this simple scrapbook.

Spend your 2-year anniversary putting together a golden metal flower with your loved one.

Know someone in your life who's celebrating their 2nd anniversary? Choose any one of these 2-year anniversary gifts for couples to show them you honor their unionship just as much as they do.

Any couple will adore this custom portrait that displays their relationship of 2 years.

23. Personalized Four In A Row Game

Give them a fun way to spend time together with this personalized game made just for them.

24. His and Hers Bath Towel Set

These 100% cotton towels are a splendid gift for a couple celebrating their cotton anniversary.

Give them a way to stay close and cozy with each other with this personalized blanket that's meant to be shared.

via: Amazon / OUR MOMENTS

To really spice up a relationship, give them these thought provoking cards to start up exciting conversations.

This fill in the blank book is a fun and creative gift to give to a couple to fill out for each other.

You've only just been married two years – don't let the sparks die out. Let her know your feelings for her have only grown since the day you married her with these cotton anniversary gifts for wife.

Let her know that you've loved her every day of every year spent with her.

29. Hello, Will You?, I do Personalized Modern Map

Frame and cherish the places in time where all your special moments took place.

Tell her you love her more than anything with this beautiful necklace and message box.

Frame her wedding bouquet or fresh flowers for a lovely 2nd anniversary gift.

Let your wife know that you cherish the time spent with her and can't wait for more to come.

via: Amazon / THE COMFY

You can't always be there to keep her warm so give her this blanket that always stays on her.

Remind her she's the best wife everyday with this mug that will easily become her favorite.

Not sure what to get someone as a 2 year anniversary gift? That's what practical gifts are for! You can never go wrong with gifting someone something you know they'll end up using.

Let them be reminded of how worthy they are to you with every use of this money clip.

This is a very classy gift for the classical music lover in your life.

Sometimes a dress is all it takes to complete the perfect evening on a 2nd anniversary.

via: Amazon / House Ur Home

38. Cheese Board with 2 sets of Utensils

Nothing is more practical than this cheese board for 2 to amaze that special someone.

Any one of these cool gifts is sure to make a spectacular 2nd anniversary gift for anyone you have in mind.

Give them an organized space to place all their jewelry in with this beautifully designed jewelry box.

Impress anyone with this heart pendant that opens up to reveal a crescent moon.

Get these matching couple bracelets to bring two people that much closer on their 2-year anniversary.

Soul mates belong together, and so do these 'soul and mate' wine glasses for couples.

No need to feel bad if you need cheap gift ideas for a 2-year anniversary. We all fall short sometimes – save some money this year, and hopefully next year will look better for you.

A hip flask that clearly states how you feel for that person after 2 years together.

These beautifully decorated scented candles make a great gift for any celebration.

Made with artificial roses that feel so real – this gift doesn't seem cheap at all.

These comfortable slippers will make the most coziest cotton anniversary gift.

The engraved message on this keychain will make the gift bigger than it actually is.

Tired of all the cliche anniversary gifts out there? Let your gift be the top of the occasion with these unique gifts that work especially well for cotton anniversaries.

Celebrate 2 years of love and happiness with this simple, yet adorable ornament.

Let her know how amazing these 2 years have been with these tiny capsule messages of affection.

This beautifully preserved rose will last for more than a couple anniversaries.

Surprise them with this mini cryptex and add a small touch to it by putting a mystery gift inside.

Cute gifts always make great gifts for any occasion. This is especially true for cotton anniversaries because there are so many cute cotton themed gifts to mark this comfortable time in a relationship.

52. Grow Old With You Pillowcase

A pillowcase that goes beyond a 2 year relationship.

This is a cute gift idea for anyone celebrating a 2-year anniversary in 2020.

Put your wedding kiss on pages.

Nothing commemorates a cotton anniversary like this amazingly detailed cottonball necklace.

Treasure these letters from your 2nd anniversary, to beyond.

If you're commemorating a 2-year romantic relationship, there's no better way than with these romantic gifts. Keep the romance going strong, particularly for romantic occasions.

These love letters are printed on uniquely styled paper to give a creative touch to your anniversary.

via: Amazon / Invitation in a Bottle

Give your beloved a romantic message in a bottle that can be saved for ages.

2 years together means you're ready to put a spin on things. This sexy truth or dare game will do just that.

A leather rose brooch to go well with any attire.

Gift these meaningful wooden hearts to the one who deserves these romantic love quotes.

Thoughtful gifts are all it takes to make a 2-year anniversary meaningful. Anniversaries come one day out of the year, so take the rest of the year to think up the most thoughtful gift that will mean a lot to the person you're giving it to.

Keep it simply thoughtful with this simple anniversary card gift.

63. Sentimental Gift: Personalized Card and Key to My Heart Card

A personalized card and key treasured perfectly in a small box to thoughtfully state your love.

100% Mulberry Silk pillowcase for the most relaxing beauty rest a person can get.

A cotton themed gift for him with beautiful detail that he'll love to display right on his chest.

Spa gift sets make a truly thoughtful anniversary gift for anyone who needs to wind down and relax.

Protect your significant other with this magnificently designed hamsa necklace.

How to Pick the Best 2 Year Anniversary Gifts

A 2-year anniversary is a very significant time in a relationship. It commemorates the strong bond of two people who are still very early in their unionship.

Here is how to pick the best 2-year anniversary gifts:

Anniversaries come one day out of the whole year. That leaves you with 364 days (363 days if it's a leap year) to think about what to get someone for a 2nd anniversary. With all that time, you should be able to come up with the perfect gift that will leave the recipient full of appreciation.

2. Stick with the theme

There are plenty of cotton themed anniversary gifts out there, as well as on this list. People love gifts that match the occasion, and cotton makes for some pretty creative gift ideas.

Fine China can also represent a 2-year anniversary, though there aren't too many versatile gifts to choose from with this theme.

Anniversaries are filled with personal experiences that are shared between two people. Finding gifts that put those experiences on display will allow those feelings to be cherished and held onto forever.

Items that can be creatively personalized are the most sentimental to a lot of people. This gives them the chance to hold onto that moment forever without fear of forgetting it.

Found your 2-year anniversary gift here? Browse through some of these other awesome gift guides to help you find your next gift idea.

2nd Anniversaries are usually full of emotion and enjoyment and should be a beautiful celebration of two peoples bondment. 2-year anniversary gifts should reflect the time spent between these two people who've held onto each other through this time.

That's why it's important to choose anniversary gifts that will help commemorate and strengthen a relationship that has held on strong for 2 whole years. Every anniversary is precious, so make it feel that way with a precious gift. 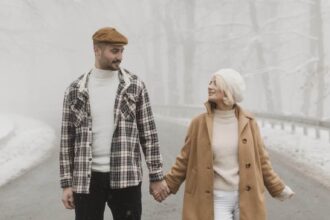 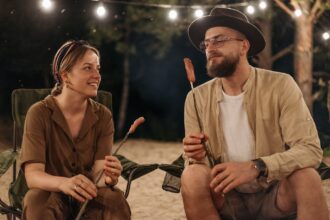 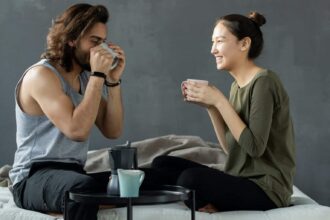 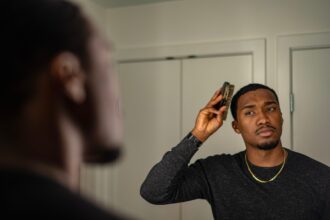