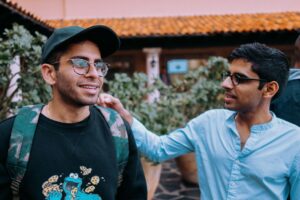 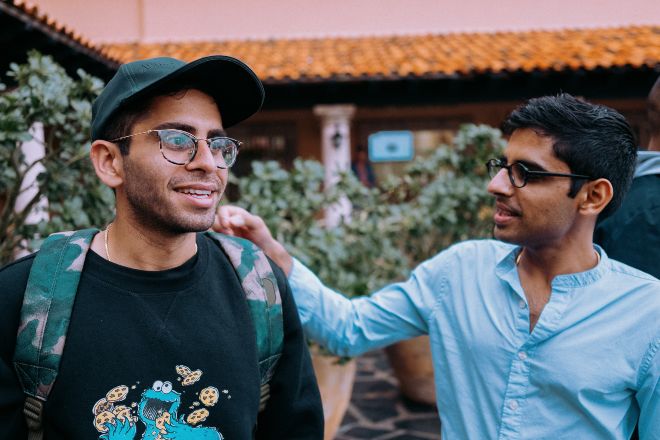 Ever received backhanded compliments? We all encounter criticism, but getting them in the guise of a compliment hurts worse.

As a life coach, I've authored posts on dealing with people you meet on the daily, and I've been published on sites like Lifehack.org and UpJourney. I've also dealt with left-handed comments or left-handed compliments in my years of experience.

What are Backhanded Compliments?

Backhanded compliments are essentially insults that are disguised as positive comments or remarks. More often than not, these left-handed comments undermine the receivers' abilities. Perpetrators of these mean observations may or may not intentionally say them.

Sad to say, most people tell them to hurt another person deliberately.

In essence, double-sided remarks often involve something to "gain" for the sayer. Nonetheless, both remarks have the ability to hurt another person.

Here are other examples of double-sided comments:

False praise can break someone's day in a snap. So you really have to say what you mean and mean what you say. If your goal is to say something nice, then tell your compliment as is, with no ifs and no buts.

10 Examples of Uncomplimentary Remarks You Should Avoid Telling People

Never tell a woman a left-handed compliment if you're looking for romance. These uncomplimentary remarks are mean, insulting and have huge turn-offs for women. Never be a backhanded complimenter.

I'll resound it as much as I can. Removing this trait from your life takes work, but it's possible. The change starts with awareness.

It's not a good idea to come up to someone and fake praise or patronize them for their hard work. It sounds like a genuine compliment, but it also suggests that they don’t do as much work on other days. Basically, you're not saying that your coworker did a good job; you're saying that they should've done more.

Imagine hearing this on a bad day. Patronizing and more of an insult than a compliment. Self-conscious people, especially women, are sensitive to comments about their bodies and weight. Instead, omit the second sentence.

3. You look great for your age.

Fake flattery is the worst, especially if it's condescending like this one. Looking younger or having a young pretty face doesn’t change that they’re still older than they appear. It makes them conscious of their age.

Who cares about social status and social norms? Being told you're wonderful but still unable to find a partner is a really bad thing to experience. This comment sounds patronizing and insulting, while flatterers pass it as humor or flirting.

5. You did great on this, considering your abilities.

Passive-aggressive and screams jealousy if the context is work-related. To elaborate, the latter part undermines their talents and efforts. No one likes being told they’re not up to the task.

Condescending. This means to say that they didn’t do enough, even though they tried their best. This can also affect the receiving end's confidence negatively.

The word for this one is condescending. It's not nice to imply that they don't look articulate enough from a glance, especially for strangers who don't know each other.

8. You speak English so well!

Condescending and generally committed by foreign visitors in other countries. This insult in disguise of praise is subtly racist, thinking other people can’t speak your language well enough. English is pretty easy to learn, to be honest.

9. You’re smarter than you look.

Condescending. Naturally, no one wants to be told they look dumb. Imagine if a worker says this to another colleague. That would be a killjoy at the office. Just get a book and work on bettering yourself if you can't say something genuinely nice.

Passive-aggressive and definitely not a good conversation starter at all. Plenty of people think that this is an okay thing to say. And that's ignorance at work.

Envying them for their nonchalance is subtly telling them they don’t have worries, which they do. 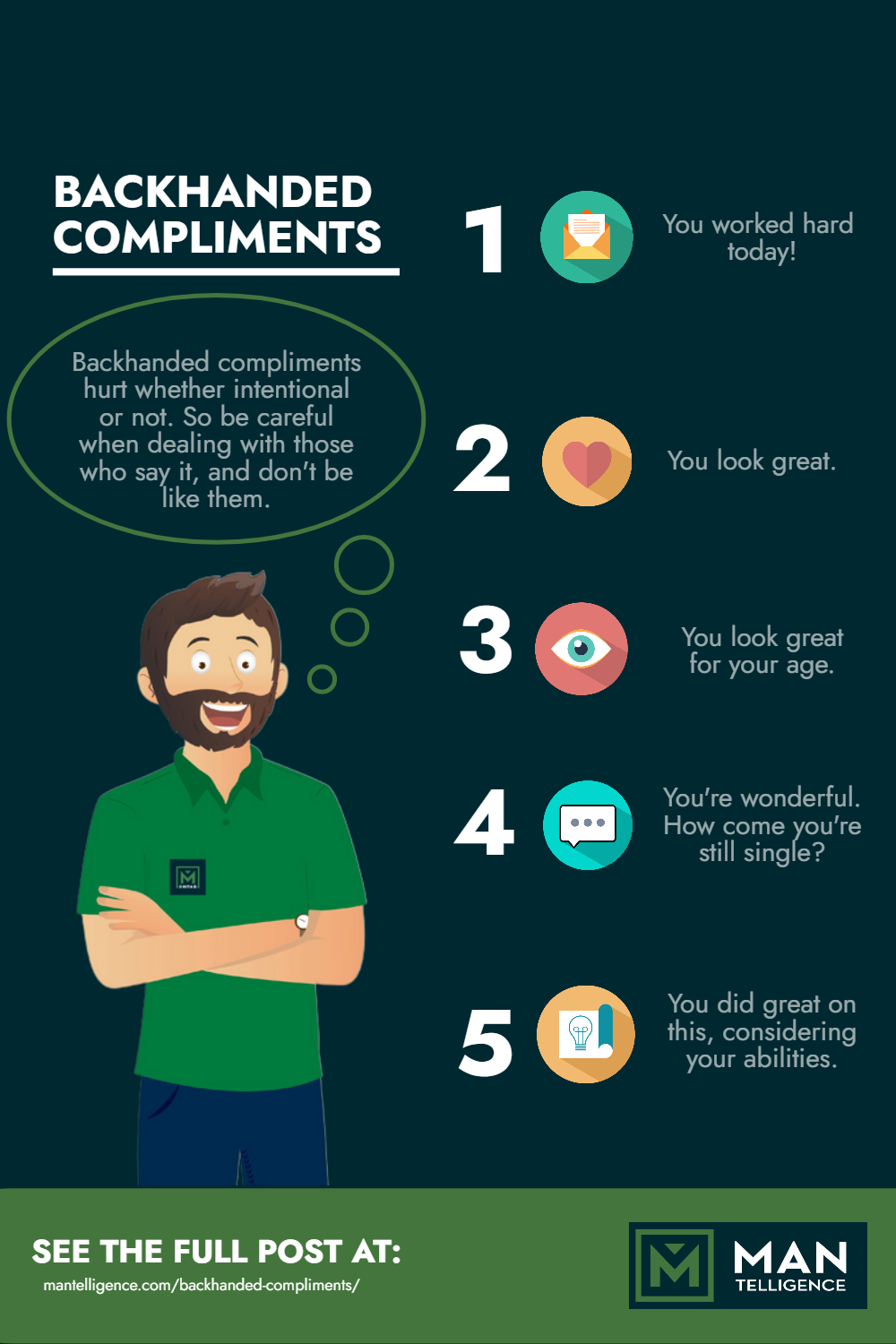 How To React To Uncomplimentary Comments

Don't fight fire with fire. The same goes for responding to backhanded comments. Someone may tell you these insults dressed up as praises to rile you up.

However, others might not be aware that they're doing it; in reality, they mean well and never meant to offend you.

Losing your cool during a frustrating moment is okay, but lose it in your own time, in a space that you find safe. Don't let the person with an intention to hurt your feelings have the satisfaction of crying or responding how they would've wanted you to. Instead, take a breath and collect your thoughts.

Step #2: Clarify what they mean.

If you want to know the person's true intentions, ask them to explain what they meant. Oftentimes, people will have a moment of self-reflection, and their response to your question will ultimately tell you if they meant or didn't mean to offend.

The next step is to tell them how you felt after hearing what they said. For example, if they tell you how you did great at work today, you can express how you've been trying to do better at your job for a long time and that you appreciate the acknowledgment.

However, the way your coworker said it feels patronizing and condescending. You would appreciate it more if they hadn't said anything.

To end your reaction, make sure that there are no more hard feelings between the two of you. This way, you can leave the past behind and move on with your day.

Have more questions about backhanded comments? I'll answer the most asked questions here.

Most of the time, they are. However, there are cases where the one saying them does not realize that they are passive-aggressive and hurtful at the same time. Don't keep your silence, though. Make sure to let the other person know how you feel about their insult.

Why do people backhand a compliment?

People say backhanded compliments with insecurities that they want to put on another person. Often, they will say it to someone they envy. And while they cannot be mean directly, they will disguise the insult as praise.

What is the psychology of someone who gives left-handed comments?

Some behavioral studies point out that people use backhanded comments as a strategy to get another person to like them. The unpopular opinion is that people who often say left-handed comments that mean to offend are cowards who cannot face their insecurities.

Is it okay to avoid dealing with friends who love to give you side comments?

Yes. Your peace and emotions should always come first. So whether it be giving up on social media or friends, acquaintances, or even loved ones who are mean to you, you should choose your own happiness. However, you must express your thoughts on their way of talking to you before distancing yourself from them.

Hey, we have a lot of interesting reads that might help you navigate friendship and romance. Check these out: