Have you ever played the Never Have I Ever Game? (Here's where you say, "I have" or "I've never".)

Never have I ever is the best game to play when you run out of fun things to do — like these party games over at Gamertelligence.com. In this post, we'll tell you all you need to know about this game.

We're Never Have I Ever pros because we know which questions get the best expressions. Check them out yourself.

What Is Never Have I Ever Game?

Never Have I Ever game is played with a group of people with each person say something they've never done. The other players will put a finger down or take a shot if they have done it. You win if you have the most fingers up after everyone has said something. Or, if you have taken fewer shots than the other players.

It's a fun game to play with coworkers, close friends, distant family members, people you've only just met; you can play with anyone. But, the most fun thing about this game is playing with people you already know to find out their deepest and darker secrets ...or just something they're embarrassed to share.

Never Have I Ever is basically just a game of fun questions you ask a group of people. They are usually uncomfortable questions that most people won't openly talk about — and that's what makes this game so great!

How To Play Never Have I Ever Game: 6 Steps

Never Have I Ever Game is simple. You start by asking all the other players a type of scenario/question. The question should be phrased like this: Never have I ever peed in a public pool.

The person asking the never have I ever questions should give their answer as well. It's only fair.

The point of the game is to get a kick out of knowing whose done what. It's actually pretty surprising sometimes.

Here are the 6 steps to play the Never Have I Ever game:

Step #1: Get as many people as possible

When playing this game, gather as many people to play as possible. The more players you have, the better.

Pro Tip: The Never Have I Ever Game is great because you learn many crazy things about a person, or at least the crazy things they've done. You'll come to find out that adding more people to the game makes it so much more fun and revealing.

Agree on a rule on what to do if you've done what is asked as well as if you haven't done it. Since the game has many variants, as we will talk about later on, there's a lot that your group can choose from. Find one that best fits the personality of the group. Aside from choosing the variant, you also have to agree on who will ask the question first.

Someone should start asking a question that they have never done. It's also better to have some unique and shocking questions so the game will be entertaining. Add questions you know people will be able to answer. Start off with fun and light-hearted questions. If the people in your group are close enough, you can even get away with adding a dirty question to the game.

Pro Tip: Be mindful of the questions you choose. Don't overly highlight your friends' poor life decisions with this game. Try not to unintentionally hurt or embarrass someone.

Step #4: Do the consequence

Depending on the game variant you choose, you should do (or not do) the consequence if you've done what was said or asked.

If you haven't done what's asked, then either say "I have never" or do not do the consequence of being the one to do what's asked. You're safe for the round.

To make things fair, everyone will get a chance to say what they have never done until someone wins.

How to determine the winner of the game:

In a drinking game scenario, you and your friends decide that whoever did what is said, will drink one shot of the drink. You all have 5 shots which are equal to 5 lives.

If someone says "Never have I ever gotten black-out drunk" and you already have, you take one shot! You only have four lives left. Everyone takes turns in saying their never have I ever, and when someone consumes all five of their shots, they lose. The loser can do a consequence that the group agrees on.

Fun Variants of Never Have I Ever

The great thing about Never Have I Ever is that there's no only one way to play it. It has many variants that you can enjoy. This ensures that you won't ever get bored of playing this game with your friends.

Here are the two fun variants of Never Have I Ever:

Edition #1: Put A Finger Down

This game can also be played in a different way. For a fun twist in the Never Have I Ever Game, play the Put a Finger Down Edition, also called 10 fingers. It allows you all to decide a winner in the end.

This edition of the game can also be played when you need some fun things to do with friends when bored. Trust us, adding your ten fingers to the game takes some weight off your tongue.

The never have I ever rules for Ten Fingers are straightforward. Have all the players put all their fingers up, the more fingers you have, the more odds you have of winning the game. It's basically a race to see which person has done the least because usually, the things we say will be embarrassing or funny.

Have someone ask a never have I ever question and instead of the players saying "I have" or "I have never," they put a finger down if they have done it. If they've never done the thing that's been asked, all their fingers should remain up.

Whoever's the last one with fingers up is the winner. Each player that runs out of fingers is out of the game.

You definitely need at least two people to play the game. The number of players is infinite. Invite everyone you know, and everyone you don't know.

The famous drinking game was always only meant to be played this way and is known as an adult game. But, you know, kids want to play too, so they had to make the game more kid-friendly, and without the alcohol.

Though this edition is where you take a drink instead of saying if you have or if you've never. If you ask us, drinking is always on the list of fun things to do with friends.

You don't win the drinking edition of this game by being the drunkest one in the room. Well, that's not exactly a rule, but the one with the most drinks definitely deserves it after having to confess all that they did.

This drinking game starts with asking all the players a never have I ever question. The players that have done this thing have to take a drink, usually a shot glass, and the players who have never done that, don't take a drink.

It is always easier to spill your guts when they're full of alcohol. That's why drinking goes so well with this game.

Invite everyone you know and everyone you don't know. Just be sure to have at least one other player with you, drinking solo is never fun.

If you're looking for some funny never have I ever questions, we've got them right here too. Pick a few, or use them all, they're sure to make the game interesting.

Whether you're playing the drinking edition or you're looking for some clean never have I ever questions, these are the best questions to include in either game.

Here are 7 best never have I ever questions to include in your game:

1. Never have I ever swallowed gum.

We all have moments when we accidentally and mindlessly swallowed the gum that's been in our mouths for too long (or not long enough). It's a weird feeling that some, but not all, would understand.

2. Never have I ever walked around with toilet paper stuck on my shoe.

It's such a small detail, but something that other people would find funny if they saw you like that. This one seems to be asking if you've never been embarrassed without knowing it in public.

It's okay. It happens to the best of us.

4. Never have I ever left the house without underwear.

Going commando outside the house is just something that seems very interesting to try... 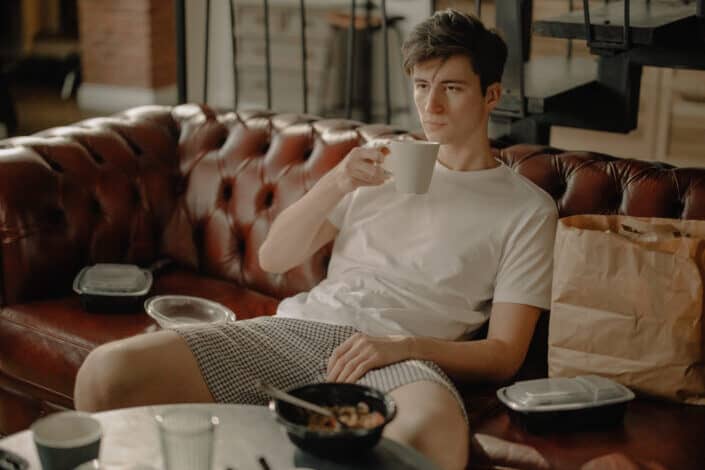 5. Never have I ever slept in the bathroom drunk.

This one will make the game more enjoyable because everyone would want to hear those crazy, black-out drunk stories that led you to sleep in the bathroom.

6. Never have I ever got candy or gum in my own hair.

It may seem like a minor inconvenience to those who haven't experienced it, but we don't wish this to happen even to our worst enemies.

7. Never have I ever had a crush on my friend's sibling.

It can get reaaaally awkward the more the feelings get intense. 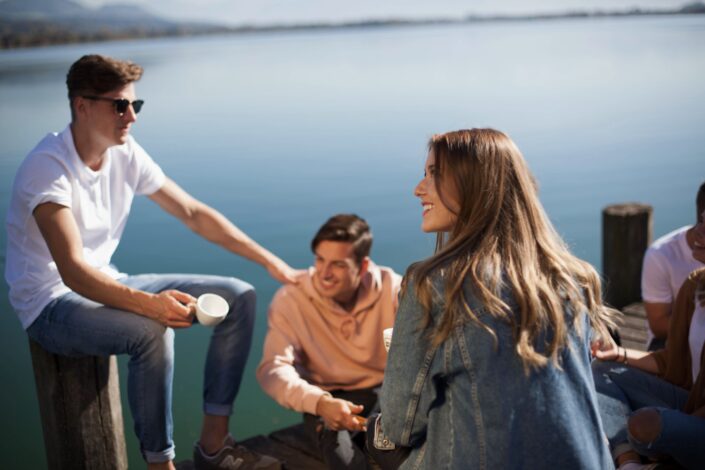 Now that you've got a clear picture of how the game works, let us answer some questions that weren't mentioned above.

Can we play never have I ever in Zoom?

You can definitely play the Never Have I Ever Game through Zoom. Get all the players in a Zoom chat and have someone ask the questions while the others answer them any way they'd like — ten fingers and all.

Is it possible for two people to play never have I ever game?

Yes, it most certainly is possible to play never have I ever with only two people. Both players can take turns asking the questions while both players answer them.

How can you purchase the never have I ever card game?

The never have I ever card game is available at many stores, including Amazon and Target. Easily buy it offline and have it shipped straight to your home with Amazon.

Can you play never have I ever over text?

With all the games to play over text, never have I ever is one of the best. Play in a group chat or one on one with your bestie. Type the questions out and have all the players in the chat answer with "I have" or "I have never." You can even go as far as playing it on Facebook or Twitter by starting polls.

Had a blast playing the Never Have I Ever Game? Check out some more fun games to play on our other sites.

Are you ready to play the Never Have I Ever Game now that you know all there is to know about it? You've got to be a never have I ever pro now after reading this post.

Make sure to save this post, because you never know when you'll need some super fun things to do with friends when you've got no plans. And, when you're done playing this game, try playing some of these Gamertelligence party games so you never run out of games to play.