5 Signs She Is Secretly Attracted To You - Hidden signals a girl likes you!

Gentlemen, today we’re sharing the 5 signs she is secretly attracted to you.

People hide how they really feel about someone for any number of reasons, but regardless of those reasons, their true feelings always find a way to slip into the open.

And if you think a girl is hiding the fact that she likes you, these signs she is secretly attracted to you will help you find out the truth once and for all, and hopefully give you the courage to talk to her about it.

And since we don’t want you to miss your chance at a possible relationship, we’re also sharing the “hidden” sign that’s so visible that it might as well be written on her forehead.

5 Hidden Signs a Girl Likes You (Do Not Miss This)
Watch this video on YouTube.

5 Signs She Is Secretly Attracted To you

So sit tight! If you have ever asked yourself how do you know if a girl likes you but is hiding it, you'll finally know the answer. Here are 5 signs she is secretly attracted to you and the 1 sign so obvious, there’s no excuse for missing it.

How do you know if someone secretly likes you?

Imagine this scenario: You’re in public with your friends and all of a sudden you get the feeling you’re being watched... The hair on your neck sticks up, your body becomes tense, and you slowly turn your head to find the source...

Luckily, this isn’t some sort of horror movie where you come face to face with a violent and gruesome death.

Instead, you turn your head and see a cute girl looking at you, which - I think we can all agree - is much better than the alternative.

You lock eyes for an intense couple seconds and can almost see the sparks flying across the room. Then she looks away and leaves you wondering what the hell all that was about.

That look of intensity where the two of you are staring into each other’s souls is one of the signs she is secretly attracted to you. And then, because she realizes she’s displaying one of the subconscious signs of attraction she so desperately wants to hide, she breaks the intensity to prevent the truth from coming out...

Do you know what to do when a girl looks at you like this?

If it happens with a stranger, your best bet is to go up and talk to her. You have absolutely nothing to lose.

But if this happens with a girl you’ve known for quite some time, make a mental note and keep an eye out for the other hidden signs in this post. Because there might be more to your friendship than you initially thought.

Let’s say you and your crush have plans to meet up with some friends but the two of you are the first to arrive. And while you two are alone, you can feel the fire of her affection, and she’s not trying to hide her body language signs she’s attracted to you.

But then your friends show up and all of a sudden, things are… Different.

You try to continue the conversation you were having with her, but she’s suddenly distant, and might even be cold towards you.

This switch from hot to cold is one of the most common signs, and it can really mess with your head.

You could tell there was something significant happening while you were alone, but the moment other people showed up, it died. Why?

It could be for any number of reasons. She probably likes you, but maybe she doesn’t want other people to know just yet because she’s worried it’ll create a rift in the realm of your friend group.

Or maybe she hasn’t accepted the fact that she can’t get enough of you and is afraid of it’ll ruin your friendship if she comes clean.

If she’s your sister, the truth could make things a little awkward and cause your entire world to come crumbling down...

Whatever her reasons for the emotional shift, tread lightly and see if you can figure out what’s going on behind the scenes without making it obvious.

So how do you know if a girl likes you but is hiding it?

Well, it’ll take time to get to the bottom of things, but if you start to notice a pattern of this type of off and on behavior from her, find a time to privately ask her where you stand because everyone has secrets… Nobody deserves to be led on.

When a girl has feelings for you, she’ll want to create a bond with you.

And one of the ways she’ll do it is by opening up to you about her personal life.

She’ll talk about everything from what her childhood was like to the time she got to hold a Capuchin Monkey at the zoo and it completely changed her life.

But even after all that opening up, one of the signs is this: Whenever the topic of her love life comes up, there’s suddenly nothing to say.

She’ll give you a wishy-washy answer about how she’s just waiting for the right person to come along, or she’ll turn the question over to you so she doesn’t have to answer.

Hell, she might even completely change the subject and attempt to make you forget you asked.

Here’s the thing: If a girl doesn’t answer your questions about who she’s interested in, there’s a pretty good chance it’s you. And as frustrating as it is, girls don’t like to spell out their feelings for guys they like.

They want us to take the initiative and make the first move because most girls want a man who isn’t afraid to be bold.

So instead of coming out and saying how they really feel, like an author writing a book, they’ll drop hints to try and lead us in the direction they want us to go. And just like a book is more satisfying if you take the time to read it instead of jumping straight to the end,

A girl will slowly feed you chapters of her book in hopes that you’ll take the time to read it… Then help her write the ending.

When it comes to dating, social media is a necessity these days.

I mean, let’s face it - You’re much more likely to embarrass yourself in a face-to-face conversation than online.

Online you have plenty of time to compose your thoughts and present the best version of yourself you can.

So it’s only natural that people use it to make more meaningful connections.

Of course, you shouldn’t spend all your time talking to a girl on social media, but if your crush likes you and she’s trying to keep it hidden, one of the ways she’ll let you know is by sending you a private message or DM.

She might want to comment on your posts or share a hilarious meme on your page, but she won’t because she doesn’t want everyone to see it.

So take advantage of the privacy of the DM’s to have a conversation and do some flirting.

Because the golden rule of online flirting is that if a girl sends you the first message, there’s a solid chance she’s into you.

But remember… Most girls want you to make the first move so you might have to be the one to start the conversation.

If you think about it, science is a wonderful thing.

Hot air rises because it wants to be closer to its home, the sun. Honey never goes bad, and since bees make honey, bees must be immortal. And since magnets attract things, you can cover yourself in them to attract women.

Science rules... Obviously, none of these are true - but if a girl likes you, she’ll try to get close to you, and you won’t even have to raid your fridge.

So the next time you’re in a group with a girl you think secretly likes you, keep an eye on where she ends up.

Does she always end up next to you in group conversations?

Is she always in your car when the rides are heading out?

Do you suddenly see her more often than normal because a change in her routine?

If any of these seem familiar, she’s giving off one of the most blatant signs a woman wants to be approached… And she’s tired of hiding it.

Alternatively, she might not even realize she has feelings for you, she’s just following her magnetic attraction to you.

But hold your horses… Just because you see this sign, you shouldn’t unleash all your romantic feelings on her.

The best thing you can do in this situation is to show her why you’re exactly the person she wants to be around.

So be your awesome self and make it impossible for her to resist coming back for more.

The Most Obvious Sign She Has Feelings For You

So how do you know if a girl likes you but is hiding it? Well, all of the other signs in this video are easy to miss if you don’t know to look for them, so we won’t fault you for not noticing them.

But if she invites you to hang out one-on-one and you’re still wondering how to tell if a girl likes you...

I’m afraid there’s not much else we can do for you... Unless you’re in a clearly defined platonic friendship, when a girl asks you to do something alone, she’s showing that she trusts you and enjoys your company so much that she wants you all to herself.

She’s also giving you the perfect opportunity to ask her out or express your own feelings.

If you let an opportunity like this pass you by, especially if she’s been dropping the other hints on our list, she’ll either think you don’t like her back, you’re too dense to put the clues together, or worse... You’re too scared to make your move.

So when she asks you out, don’t freak out because she didn’t call it a date. She likes you.

Those are the 5 signs she is secretly attracted to you and the most overt sign she’s done trying to keep it a secret.

Let us know what you think in the comments and be sure to check out our other videos! 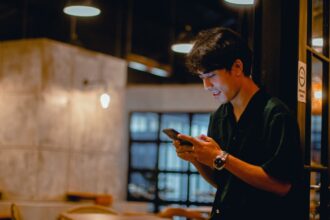 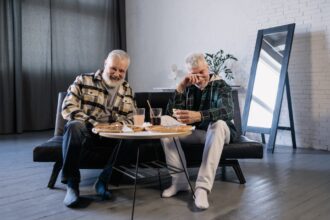